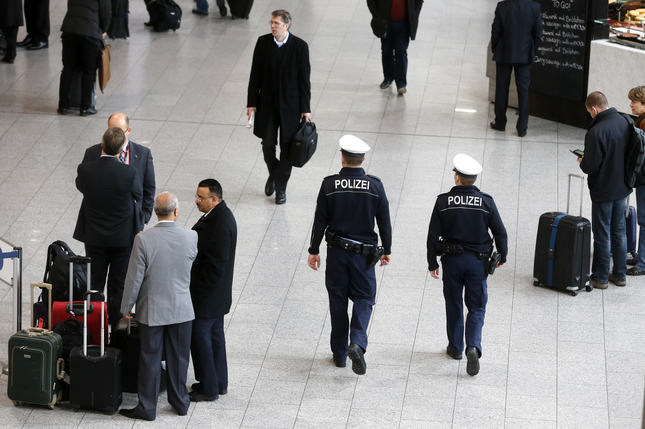 by Daily Sabah Jan 21, 2015 12:00 am
A Turkish couple using Frankfurt Airport as their transfer point on route to Portugal have faced discrimination and harassment by German police, including the forceful unveiling of the woman who was wearing a headscarf, despite providing legal documentation necessary for traveling on the weekend.

Ayten Oğuz and Ferhat Oğuz were held for hours at the airport prior to being interrogated by four German police, according to Turkish daily, Yeni Şafak.

The couple were asked questions such as how they had obtained their visas, and were told that their visas were not valid. Their visas were then cancelled and they were sent back to Istanbul, their departure point. The woman was forcefully unveiled and photographed.

The couple went to the doctor where they were provided with notes proving that they had been harassed by the police. They have said that they will file a formal complaint against the German police.

Anti-immigration and Islamophobic demonstrations and tendencies have increased in Germany, most famously by the Dresden based xenophobic group Patriotic Europeans against the Islamization of the West, PEGIDA, in recent days.