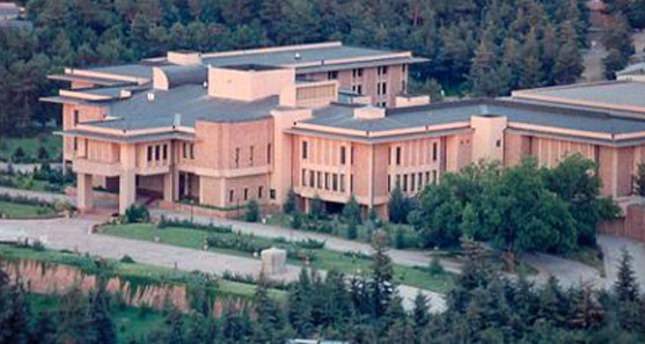 by Daily Sabah Jan 22, 2015 12:00 am
The Armenian diaspora is seeking to return of the places which they lay claim to by resorting to legal means on the eve of the centennial of the 1915 incidents. Many Armenians lost their lives while being relocated by Ottoman rule during World War I.

The old presidential palace in Çankaya and part of territory on which the Atatürk Airport in Istanbul is located are among those places which are being sought to be returned to Armenians, who had to leave the country during Armenian deportations.

According to Habertürk daily, The Armenian diaspora has signaled it will speed up its legal struggle to gain back the territories it left ahead of the centennial of 1915 incidents.

Harut Sassounian, an Armenian-American writer and publisher of The California Courier, reportedly stressed that Armenia and the diaspora are considering taking legal actions against Ankara, and will resort to international courts if the lawsuits they file against the government are rejected in Turkey. In his article in the daily The California, Courier claims Catholicos Aram I of the Great House of Cilicia announced was planning to file a lawsuit in Turkey to reclaim church properties owned by the Catholicosate in Sis in Cilicia, a location which corresponds to the modern region of Çukurova in Turkey.

Sassounian also noted in his article that another Armenian plaintiff, Zuart Sudjian, is claiming the land where Diyarbakır Airport is located, alleging that the land was taken from Sudijian's family. He will reportedly take the case to the The European Court of Human Rights (ECtHR) if a negative response is given from the Turkish courts.

However, Sassounian thinks such 'serious' legal action should only be undertaken by international law experts and 'not by well-meaning Armenian individuals or community groups'.

"If mishandled, these lawsuits could have a lasting devastating effect on legitimate Armenian demands from Turkey", Sassounian warned in his article.

He also wrote that the old presidential palace belonged to the Kasapyan family, which is part of the land which Atatürk Airport is situated on, and the land where İncirlik base is located, also belong to Armenian families and that the matter is currently being assessed by a US court.