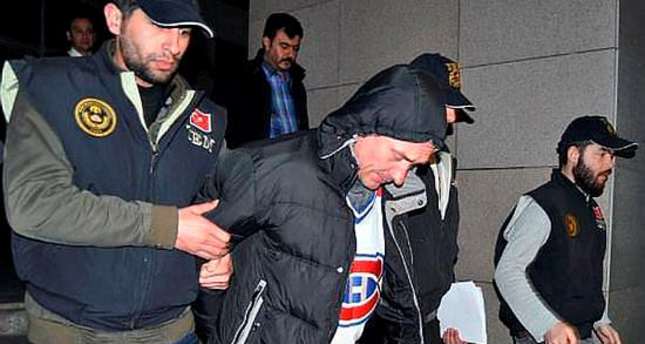 by Daily Sabah Jan 22, 2015 12:00 am
Artem Kozlov, the Ukrainian man who was released pending trial after he attempted to hijack a Kharkiv-Istanbul plane last year, has demanded his arrest from court citing having no place to stay 'outside'.

"I can't work in Turkey as I'm suffering from back pains. If you won't remove my ban to travel abroad, please put me in jail since I have no money and I am homeless." Kozlov said during a hearing of the trial in which a sentence of 11 to 42 years in prison is being sought for him.

Last year in February Kozlov attempted to hijack a Pegasus Airlines plane from Ukraine's Kharkiv by threatening the crew and passengers with claims that he had a bomb. He asked the crew to divert the plane to Sochi, the Russian city in which the Winter Olympics was being held and attempted to enter the cockpit.

Flight attendants contacting the pilots told Kozlov that the plane would turn to Sochi. After flying in the direction of Sochi for a short time, pilots turned to Istanbul as flight attendants calmed the man, who was reportedly drunk. The hijacker claimed he had planted the bomb in cargo section of the plane and waved his cellphone, saying "I will blow it up with my cellphone."

The plane entered Turkish airspace in the company of Turkish warplanes and landed at Sabiha Gökçen Airport, its original destination. As Russian-speaking negotiators from the Turkish police tricked the hijacker that he made plane landing in Sochi, a police squad searched the cargo for a possible bomb. After four hours of negotiations and evacuation of passengers aboard, a counter-terrorism squad entered the plane and asked Kozlov to surrender.

Following the incident a lawsuit was filed against the suspect on hijacking and threatening charges. He was released pending trial after spending three months behind bars.

"I want to be incarcerated. There is nowhere to go for me outside, and the turmoil continues in my homeland Ukraine," Kozlov demanded during the last hearing of his trial, which was rejected by the judge who heard the case. The court also ruled continuation of his ban from traveling abroad.