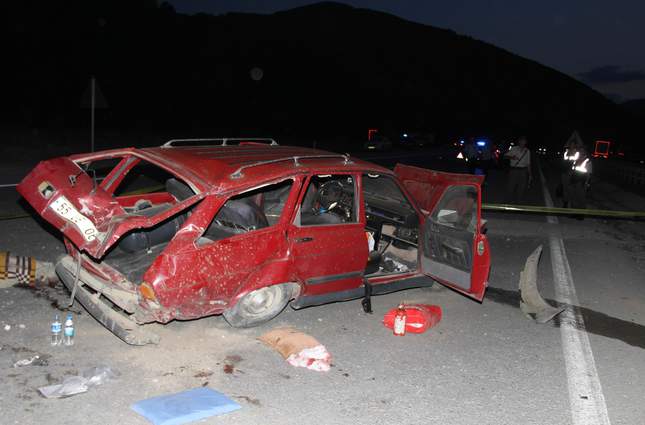 by Mehmet Çelik Jan 22, 2015 12:00 am
Traffic accidents have cost 12,800 lives in Turkey in the last year, according to the Turkish National Police database.

Turkey lost 4,800 lives on the accident spot and 8,000 people died as a result of injuries from accidents, according to Deputy General Director of the Turkish National Police, Necat Özdemiroğlu.

280,000 injuries and 23 billion lira worth of material damage were caused as a result of the reported accidents, he added during the instruction meeting for the Electronic Traffic Monitoring Systems in Izmir.

Özdemiroğlu mentioned that the aim of the newly introduced systems and regulations, which were started during the prime ministry of the current president Recep Tayyip Erdoğan, is to help decrease the losses by 50 percent by 2020.

"There have been 1.25 million deaths and 50 million injuries worldwide," he said.