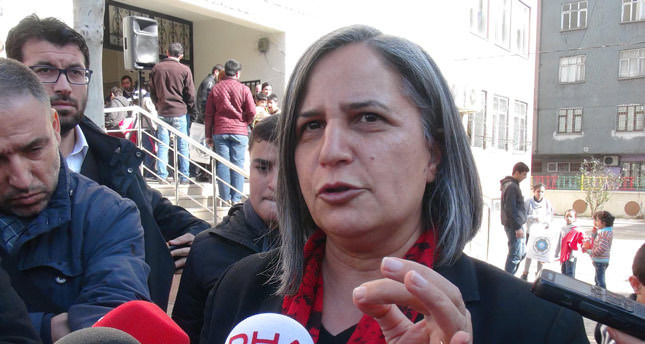 A court ruled for the resumption of electricity to city of Diyarbakır after a private utility company cut off power to the water processing plants of the local municipality over unpaid bills. However, tensions remain high as the company insists on the collection of debts while the government calls for a peaceful settlement of the issue

A Diyarbakır court temporarily settled the dispute in favor of the municipality and ordered the utility, Dicle Elektrik Dağıtım (DEDAŞ), to switch the power to water processing plants back on. Both sides welcomed the move and DEDAŞ resumed supplying electricity to 45 facilities while the municipality's water utility DİSKİ, which cancelled the water supply subscription of DEDAŞ buildings apparently in retaliation, restored the subscription. DİSKİ also withdrew bulldozers, which had excavated the streets outside the electricity utility's offices for "sewer maintenance."

The two sides were reluctant to step back as DEDAŞ officials said they would look for alternative ways for the collection of debts. The municipality was defiant in keeping the water supplies on by illegally restoring power as co-mayor Gültan Kışanak vowed to fight against DEDAŞ's debt claim.

Speaking to Anadolu Agency, DEDAŞ general manager Murat Karagüzel said cutting off the electricity was their "last resort" as the debts piled up. DİSKİ owes about TL 90 million to the power utility.

The problem with municipalities in southeastern Turkey over unpaid bills is not confined to Diyarbakır. Karagüzel said the total debt of the municipalities of Diyarbakır, Şanlıurfa, Şırnak, Siirt, Batman and Mardin is TL 260 million ($11 million). He claimed that the electricity utility sought to engage in dialogue and settlement for the collection of debts since the company won the privatization bid of the utility in 2013 and offered lengthy installments and the removal of interest rates to encourage payments. "We achieved progress in collecting debts from individual subscribers but failed to do the same for subscriptions of municipalities," he said. As for alternative ways to receive payments, Karagüzel cited that Şırnak municipality handed over properties it owned to DEDAŞ to have their debt written off. He denied claims that the company issued a bloated debt and said they had documents to back their demand of payment.

The dispute over the power supplies also has a political undertone as the municipalities rejecting overdue debts are affiliated with the now-dissolved Peace and Democracy Party (BDP), which draws support from the predominantly Kurdish southeast. Mardin, another city run by BDP-supported mayors, experienced a brief water shortage after DEDAŞ cut off power to the water supply stations over unpaid bills. Like Diyarbakır, Mardin municipality responded by sending excavators on Thursday in front of a building where DEDAŞ offices are located "for infrastructure work." The municipality also sent a notice to DEDAŞ that warned the building will be sealed off, claiming it was illegally built.

The Minister of Energy and Natural Resources Taner Yıldız called on the Diyarbakır municipality "to act responsibly" on the issue. He gave the example of Batman municipality that pledged to pay its debts and urged Diyarbakır to do the same. "No one should incite tensions over that issue," he said, referring to a speech Diyarbakır co-mayor Gültan Kışanak who said they would "make life unbearable for DEDAŞ" if it continues the power cuts.

Speaking on Friday, Gültan Kışanak denied again that they had outstanding debts from recent months. "This is an issue dating back before the privatization of the electricity utility. There is a disagreement over the payment of debts prior to privatization," she said. Kışanak claimed DEDAŞ sought to collect the debt from the municipality instead of individuals responsible for the past debts.

Speaking at a press conference in Istanbul on Friday, DEDAŞ officials said the injunction issued by the Diyarbakır court on Thursday covered only TL 50,000 of the total debt and said they would pursue legal efforts for the collection of the remainder of the debt.

They said that people in the southeast had a habit of not paying the electricity bills dating back three decades ago and they were struggling to prevent illegal electricity use in the region.

Illegal electricity use indeed is widespread in the southeast where subscribers, usually farmers, go out of their way to avoid bills, such as establishing their own power transformers. The utility's efforts to collect the debts and shut down illegal electricity supplies often led to clashes between utility workers and locals. The problem dates back to the 1980s when electricity infrastructure was set up in most settlements, especially villages in the region. Residents legally subscribed for the use of electricity, then supplied by a state-run company. However, they were not issued bills for years as violence perpetrated by the PKK and the Turkish army's campaign to end the terrorism led the region to descend into a state of emergency. For security concerns, utility workers shied away from measuring electricity usage. Terrorism also led to evacuations of most of the villages and the collapse of local economies in turn contributed to the already existing poverty. Not receiving bills for years and unable to pay them due to poverty, subscribers, or those not subscribed, continued using electricity without paying. In the 1990s, the state introduced subsidies for farmers adopting irrigated farming. Nevertheless, water resources were not sufficient for irrigation and farmers increasingly took to drilling their own wells with electric machines. As electricity fees increased, so did the use of machines. Embattled with high fees, impoverished farmers resorted to illegal use. Continuing these efforts, DEDAŞ had offered farmers using illegal electricity a discount on their bills, wrote off interests of consumers' past debts and rescinded fines over illicitly installed meters. Locals claim the transfer of their past debts from the state-run utility to the private company is not legitimate and electricity fees are too high for them. They also complain of frequent power outages while company officials say the outages are due to high demand for electricity in the agricultural season when the levels of irrigation peak.