1,444 roses to commemorate the Prophet in NYC 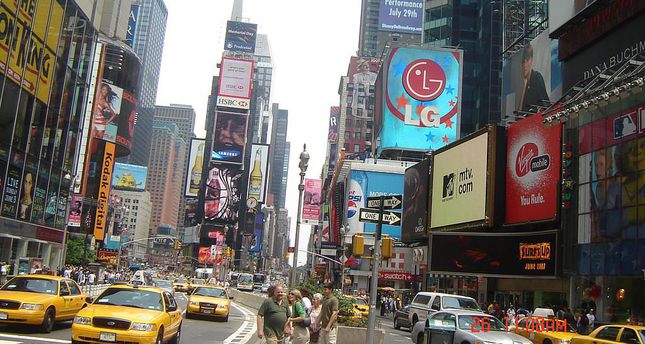 by Nurbanu Kızıl Jan 26, 2015 12:00 am
Members of the Turkish American Muslim community are planning to hand out 1,444 roses to people in Times Square on January 28th to celebrate the 1,444th anniversary of the birth of Prophet Muhammad. They also hope to raise awareness and dispel misperceptions about Islam by distributing pamphlets.

According to a recent press release, the main goal of the initiative was to encourage people "to learn more about Islam and the real messages behind the Holy Qur'an," while celebrating peace and unity promoted by Islam. He stated that the pamphlet will give information about the significance of roses for Islam, and facts on Islam, Muslims and the Holy Qur'an.

"With over 1.7 billion Muslims around the world, we want to make sure Non-Muslims and Muslims alike understand that Islam is a religion of peace, love and unity. We want to put a stop to the false information that some media outlets still feed people with so that they can continue to divide all of us in the world and continue their agenda of hate," Ayhan Özmekik, the President of Turkish American Youth and Education Foundation (TAYEF) said.

It was reported that the Turkish American Muslim community will be organizing events of similar types throughout the United States in cooperation with other organizations.