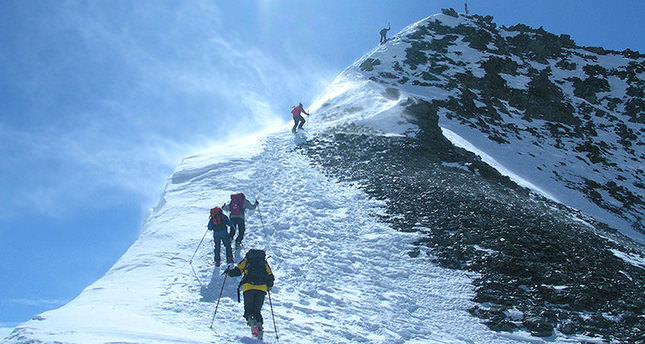 Search-and-rescue units have stopped looking for 12 Turkish and Bulgarian climbers that were reported missing on Saturday, Jan. 24, in Greece's Pierian Mountains.

Greek officials said Tuesday that the missing climbers were able to "save themselves" and "did not [get in] contact again [asking] for help."

Turkey's vice consul in northeastern Greece's Komotini city, Murat Ertaş, told Anadolu Agency that they were in contact with Greek officials and so far there was "no trace of the climbers."

Ertas also mentioned that the people who called the Europe Emergency Call Center were suspected of being illegal migrants and not climbers.


A distress call was made to the call center Friday, which said, "Turkish, Bulgarian, 12 people, help."

On Saturday, the fire department in Katerini – a town in Central Macedonia, where the Pierian Mountains are located – said the emergency call signal from the climbers was getting "deflected" and impacted the accuracy of their search locations. Since then, the search efforts were carried out around Maritsa River, called Evros.

"There were no reports of missing people in that region, so, therefore, it seems that the call was not real. Nobody is missing right now in the area," Bilgiç added.