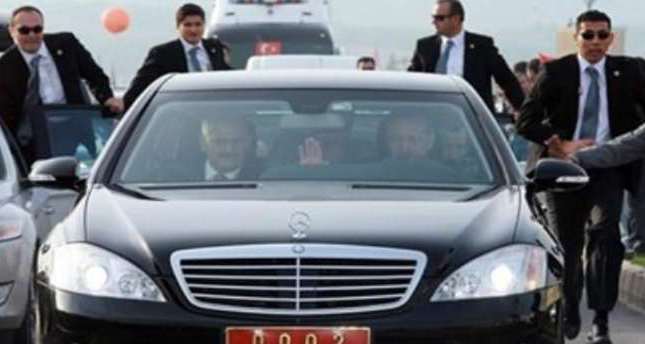 by Daily Sabah Jan 27, 2015 12:00 am
The report from Forensic Medicine about the gun that was claimed to be used during the assassination attempt targeting then Prime Minister and current President Recep Tayyip Erdoğan, has been sent to court as part of the trial into a suspect named Ferhat Yıldız.

Yıldız, who is accused of attempting the assassination, reportedly pulled the trigger but the gun failed to fire.

The trial into Yıldız continues with new findings being disclosed at Istanbul 17th High Criminal Court which is hearing the case. The hearing was also attended by the lawyer of Erdoğan, who is the plaintiff of the trial. The latest in a series of details revealed as part of the incident was that the gun used by Yıldız failed to fire but the trigger was pulled. The report indicated that the firing pin hit the bullet but it did not fire due to some complication.

Yıldız is accused of attempting to assassinate Erdoğan while he was attending an inauguration ceremony in Sultanbeyli district on May 31, 2014. A lawsuit was filed against him after his assassination attempt and a sentence of 15 years to 26 years in prison was being sought for him on charges of 'planned murder attempt', 'insult' and 'possession of an unregistered firearm'.

The indictment prepared by the prosecutor's office said Yıldız had shared insults targeting Erdoğan and ruling party members on social media before he was engaged in the offense. Yıldız followed the events leading up to the inauguration via media organisations and had bought a gun before the incident.

Filling the gun with bullets on the day of the inauguration, the suspect is claimed to have approached to within three meters of Erdoğan, pointed his gun and pulled the trigger but it did not fire. Police guarding Erdoğan reportedly intervened before the suspect's second attempt.