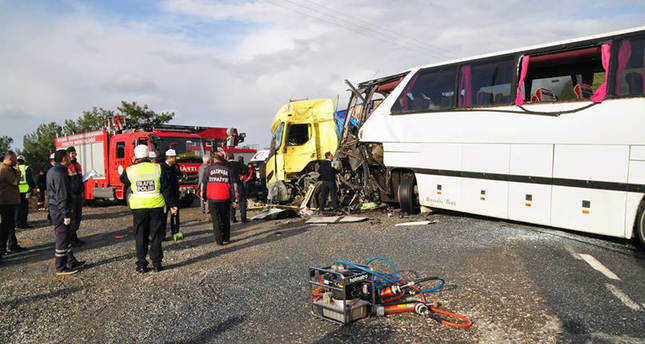 by Daily Sabah Jan 29, 2015 12:00 am
A bus carrying workers has rammed into a truck in the Gazipaşa district of Antalya killing at least four and injurying fifty others, media reported on Thursday.

The bus, which was carrying seasonal workers, crashed into the truck while travelling along Gazipaşa- Anamur highway. The cause of the accident is still not known.

Initial reports indicate that at least four people were killed in the accident.