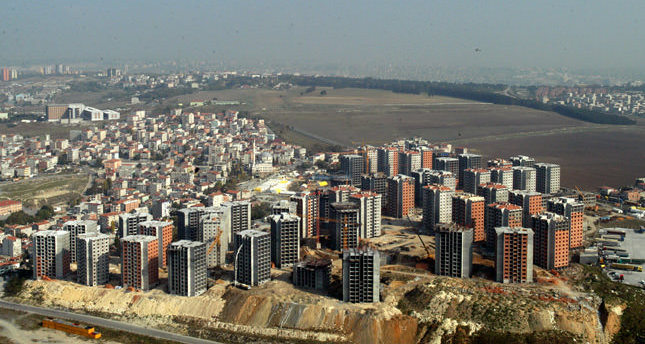 by Daily Sabah Jan 29, 2015 12:00 am
The Turkish Statistical Institute (TÜİK) released the country's 2014 population figures yesterday. Figures show that the population saw a growth of 1.2 million last year, reaching 77.6 million while the growth rate slightly decreased. Overall, statistics point to the emergence of an older population increasingly residing in cities and showing no sign of increase.

Figures also revealed that the median age in Turkey increased from 30.4 to 30.7 in 2013 as well as people living in province and district centers whose percentage rose from 91.3 percent to 91.8 percent in 2013.

Istanbul, which has always been a population magnet throughout its history, dominated the list of most populated cities with 14.3 million people, a 1.5 percent increase compared to 2013. It was followed by the capital Ankara at 5.1 million people and İzmir with 4.1 million people.

Bayburt, a sleepy northeastern province, was found to be the least populated province with a population of 80,607 people.

Figures point to a slightly alarming increase in the median age of the population at 30.1 for males and 31.3 for females. Sinop, a small province in the Black Sea region of northern Turkey, had the highest median age at 39.1, raising concerns about a growth in the older population. Şırnak and Şanlıurfa in the southeast boasted a younger population with low median ages of 19.1 and 19.2, respectively.

One of the most concerning data provided by TÜİK is the proportion of the population aged 65 and over that increased to about 8 percent of the total population to 6.1 million. The country is already concerned over the rapidly aging population whose percentage in overall population may rise above 10 in 2023, according to experts. Family and Social Policies Minister Ayşenur İslam has attributed this trend to a decline in fertility rates and improvements in living conditions. President Recep Tayyip Erdoğan, led efforts to curb the trend during his tenure as prime minister with his much publicized advice to newlyweds to have at least three children. The new government led by Prime Minister Ahmet Davutoğlu also introduced a series of incentives targeting women who choose their career over having children. A recently announced package of incentives includes an opportunity for women to work part-time with full pay in order to provide care for their children. This means that mothers will work fewer hours after they complete the normal paid maternity leave of 16 weeks. The government will also allocate a one-time payment of TL 300 (about $127) for a couple's first child, TL 400 for the second child and TL 600 for the third child.