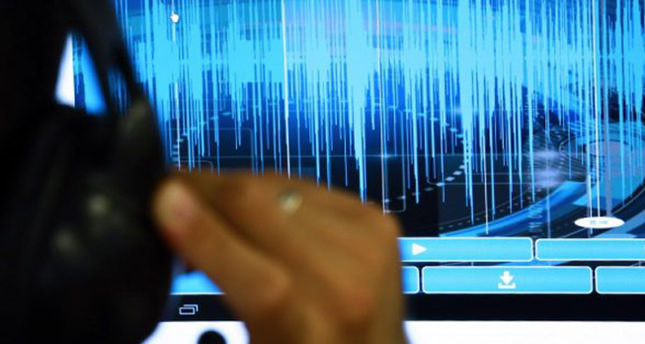 by Anadolu Agency Jan 31, 2015 12:00 am
Two Turkish policemen have been arrested in an illegal wiretapping probe, an Izmir court said on Saturday.

The two high-profile police officers, Memduh Tosun and Taner Aydin, were arrested after 18 hours of questioning.

Izmir prosecutor's office had referred 14 policemen to court on Friday, demanding their formal arrest. The court released 12; they are prohibited from leaving the country.

The prosecutor's office had issued warrants on Tuesday for the arrest of 26 suspected policemen in Izmir and in other provinces, including the capital Ankara, and Istanbul, on charges of being involved in illegal wiretapping.

According to the Izmir governorate, 92 people, including high-ranking army officers, academics, senior policemen and journalists, were illegally wiretapped between 2009 and 2013.

To date, hundreds of police officers have been detained and questioned in the alleged wiretapping probe.

The ongoing operations follow a December 2013 probe, which led to the arrest of several high-profile figures, including the sons of three former government ministers and leading business people.

The government has blamed the wiretapping case on the Gulen movement, led by U.S.-based preacher Fethullah Gulen, and his alleged parallel state of attempting to infiltrate and undermine the Turkish administration
Last Update: Feb 01, 2015 10:52 am
RELATED TOPICS