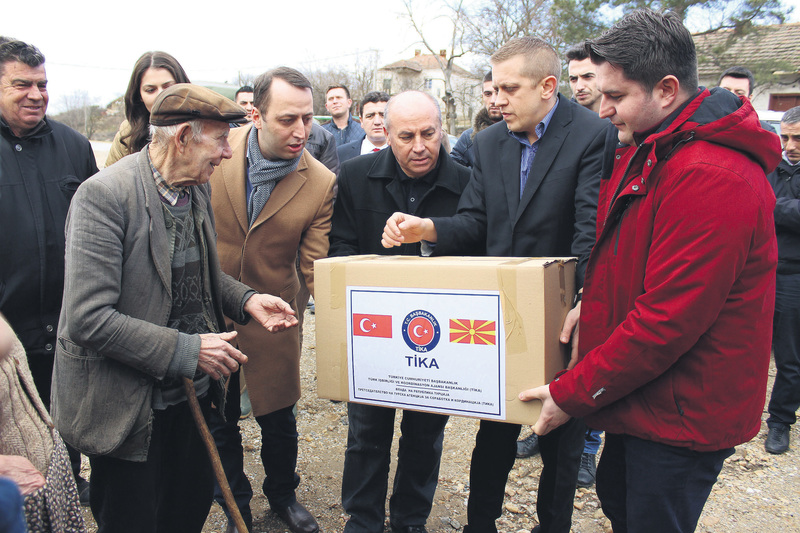 by Evrin Güvendik Mar 05, 2015 12:00 am
The government announced that its aid agency TİKA has delivered aid worth over $766 million to over 100 countries in six years, showcasing Turkey's growing "soft power" efforts to reach out to communities in need

Founded as an agency under the Prime Ministry, TİKA increased and diversified its efforts under the AK Party government, starting in 2002.
Answering lawmakers' questions on the agency's activities, Numan Kurtulmuş said TİKA's aid delivery covered countries from all continents - from Albania in Europe to Chile in South America, and Sudan in Africa to Mongolia in Central Asia.

Turkey's war-torn neighbor Syria and Somalia are among the main countries benefiting from TİKA aid. The agency regularly delivers humanitarian aid to Syria, and Somali received $115 million last year in the form of humanitarian aid.

The agency is known for its diverse range of aid recipients, from large groups of displaced people to small communities in remote countries. For instance, 19 reindeer were donated to Dukha Turks in Mongolia earlier this year while impoverished women in Goumedyr, a small town in Burkina Faso received equipment for flour mills. The aid is not confined to reindeer, food, mills, blankets etc. TİKA also set up a radio station for Somalian youth at a university in Mogadishu.

Syria received the highest aid at $1.6 billion. It was followed by Egypt at $538 million, Kyrgyzstan at $131 million and Somalia at $115 million.

The data from the Organization for Economic Cooperation and Development's (OECD) Development Cooperation Directorate (DAC), says that Turkey is the fourth biggest donor after the U.S., the EU and the U.K. overall, and Turkish NGOs delivered $280.23 million in humanitarian aid.
Last Update: Mar 06, 2015 9:35 am
RELATED TOPICS