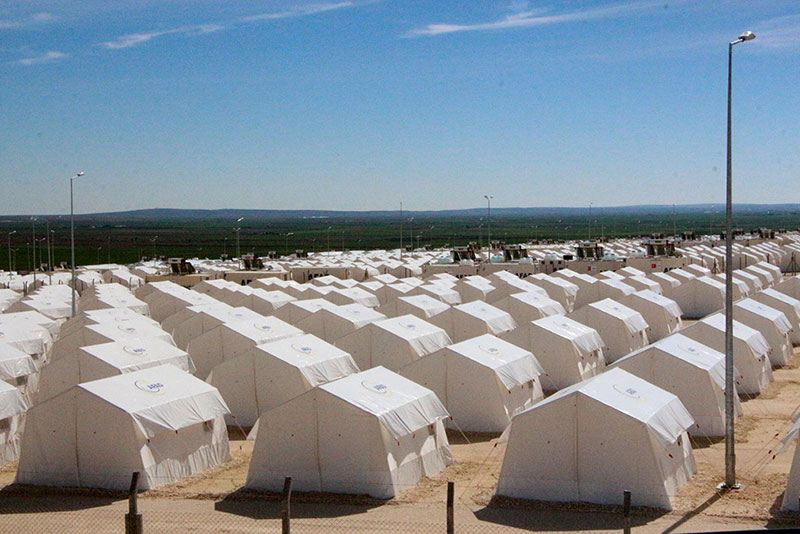 by Daily Sabah Mar 05, 2015 12:00 am
Turkey's biggest refugee camp for displaced Syrians, with a capacity for 35,000 people, was officially opened on Thursday, two months after it started admitting refugees.

First lady Emine Erdoğan, ministers and dignitaries attended the opening ceremony in Suruç, a town in the southeastern province of Şanlıurfa that has seen an influx of Syrian Kurdish refugees from the Syrian town of Kobani on the other side of the border last year.

Speaking at the ceremony, Erdoğan said people of Kobani will be accommodated as "guests of Turkey" until their town is rebuilt. "Our doors are open for all oppressed people. You are our guests," she told a crowd of refugees.

"You may not feel as comfortable as you were back home. Certainly, your children dream of playing out on their own street rather than here and you dream of waking up in your own house. However, we have to face the reality now as long as there are people feeding off the war and terror and as long as the international community supports them," she said, criticizing the regime of Syrian President Bashar Assad.