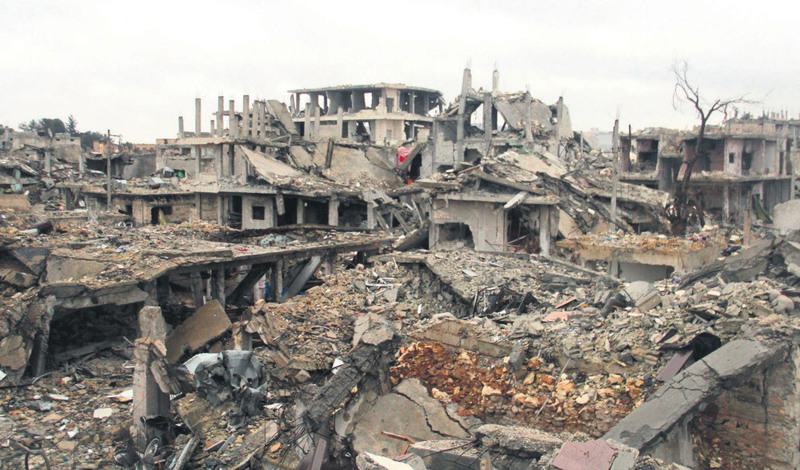 by Zeynel Yaman Mar 15, 2015 12:00 am
The Syrian town of Kobani, which is in ruins following assaults from the Islamic State of Iraq and al-Sham (ISIS), will be rebuilt by Turkish municipalities.

The Turkish Municipalities Union, headed by Istanbul Metropolitan Mayor Kadir Topbaş, decided last week that municipalities across the country would unite to help the people of Kobani. In a statement released over the weekend, the union said Turkish municipalities would be able to contact the Kobani local government to seek advice on how to help the rebuilding and the repopulation of the town.

Kobani, which has been at peace since ISIS was pushed back in late January, is still in ruins but local organizations have begun to open pharmacies, markets and other shops needed to attract the population. Officials say almost 1,200 buildings in the town had been destroyed and more than 3,000 buildings were damaged during the ISIS attacks, while most of the population fled across the border to Turkey.
Last Update: Mar 16, 2015 9:41 am
RELATED TOPICS