Youth rescued from PKK's clutches to get job training 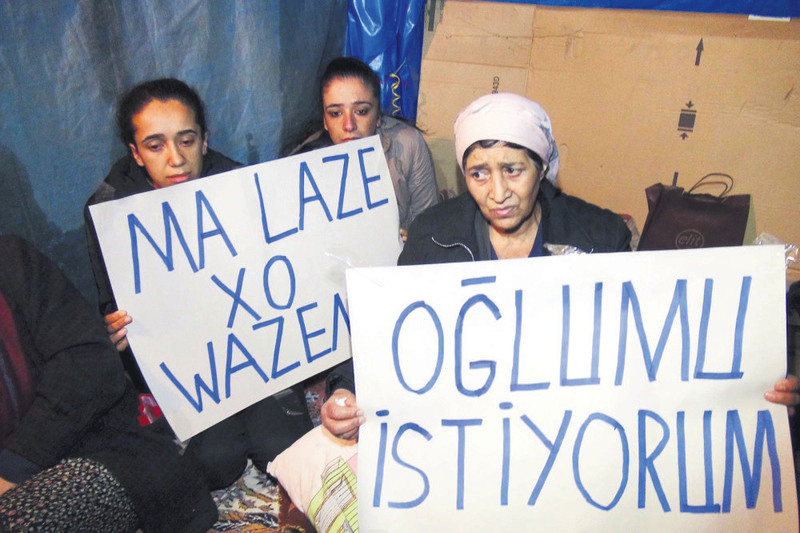 Parents who want the PKK to release their children (above) and PKK members (below) who want to join the society but have no relevant training to get jobs will be able to participate in the new education program.
by Yusuf Ziya Durmuş Mar 15, 2015 12:00 am

A project coordinated by government and nongovernmental organizations aims to help troubled youth, especially those once recruited by the PKK, by offering vocational training and eventually, steady jobs, as the country's reconciliation process to end the Kurdish question gains pace.

Umut Yıldızı (Star of Hope), a joint project by government agencies, the police and nongovernmental organizations delved into the economic side of the Kurdish issue that has plagued southeastern Turkey for decades, and came up with a winning solution of vocational training for troubled youth frequently employed by the PKK.

Teenagers who left the PKK based in northern Iraq or those who were persuaded to join riots in southeastern Turkey by the PKK now have a chance to make amends and acquire a steady income instead of an uncertain future among terrorists.

As the government continues to take steps in the reconciliation process that aims to restore the rights of the neglected Kurdish community and end the conflict with the PKK, Umut Yıldızı seeks to answer the question of what will happen to PKK members after they lay down their arms.

The project is not strictly confined to young PKK members and also offers courses for women in pursuit of economic independence. The Foundation for Vocational Training and Endorsing Small Businesses (MEKSA) is undertaking the courses in cooperation with the government and Diyarbakır police and prosecutor's office. The project was originally launched some four years ago, but it gained recognition as the reconciliation process gained speed with regular talks between the government and the Peoples' Democratic Party (HDP), which represents the PKK in the talks. The PKK announced it "withdrew" from Turkey two years ago and if the process achieves success, the organization is expected to lay down its arms entirely.

Sertaç Işık, the head of MEKSA's Diyarbakır branch, said although vocational training courses in the region were conceived of over two decades ago, its diversification to include other disadvantaged groups is relatively new. "We particularly cater for children, at risk youth and economically disadvantaged women. This year's focus group is youth [involved with the PKK] as the reconciliation process improves," Işık said. "The project aims to boost social integration of these people and create a positive image for Diyarbakır so that it will not be synonymous with violence only," he added. Işık said that the reconciliation process cannot be confined merely to the laying down of arms. He asserted that MEKSA courses will "enrich" it.

The Turkish National Police's Diyarbakır branch spearheads the program by finding and enlisting youth for vocational training. Işık said MEKSA is experienced in such projects and highlighted that Bendevi Palandöken, the head of a national confederation bringing together small businesses and a member of the foundation, was among the Wisemen Council, a group of dignitaries who toured the country to inform the public on the reconciliation process.

The courses will open on March 23 and 1,000 participants are expected to complete vocational training throughout the year. The first group will be composed of 340 people.

Işık said that "more than half of the participants" will have a chance for employment once they complete their training as the project is actively supported by businesses in Diyarbakır in need of qualified staff.

Trainees do not pay for expenses as a state-run job agency covers their expenses for trips to the courses while the National Ministry of Education supplies teachers and the Health Ministry offers free medical checks for participants. Apart from courses, participants will also benefit from social activities organized as part of the project and will have access to fine arts courses as well.

Participants are trained in a wide range of subjects from car repair, cooking and welding to tourism jobs, accounting, furniture making and child care among others. Işık said they also train them in handicrafts such as leather work and silver engraving and once they complete training, participants can work at home by selling handmade goods or can set up a business.
Last Update: Mar 15, 2015 8:37 pm
RELATED TOPICS