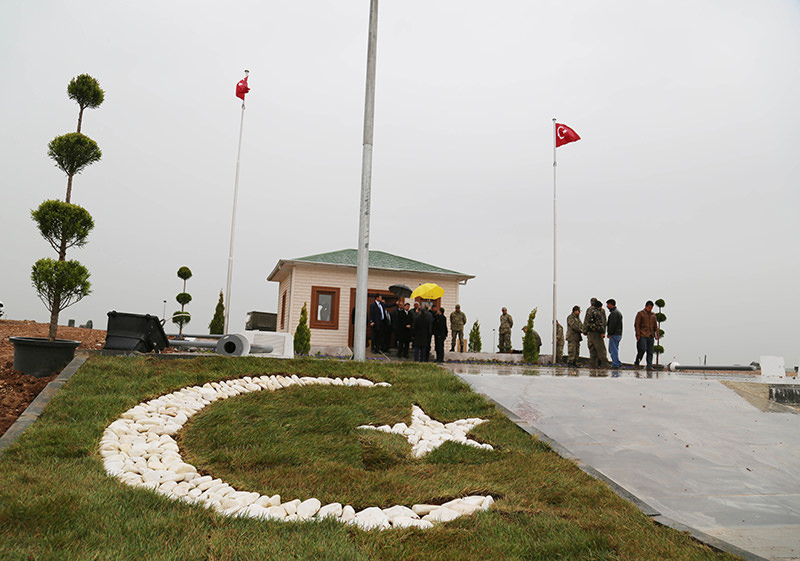 by Daily Sabah Mar 17, 2015 12:00 am
The Süleyman Şah compound is ready for the transfer of the remains of Süleyman Shah and two Turkish soldiers.

On Tuesday, it was reported that the compound, which is currently being constructed by Turkey in the Syrian village of Ashme, is completed but landscape work is still being done.

On February 22, the Turkish military successfully relocated the tomb of Süleyman Shah, the grandfather of the founder of the Ottoman Empire, and extracted 40 soldiers guarding the compound in Syria. Control over the tomb was given to Turkey by the Treaty of Ankara after the Ottoman Empire lost Syria in World War I. The tomb had already been relocated twice before the recent relocation due to threat of flooding