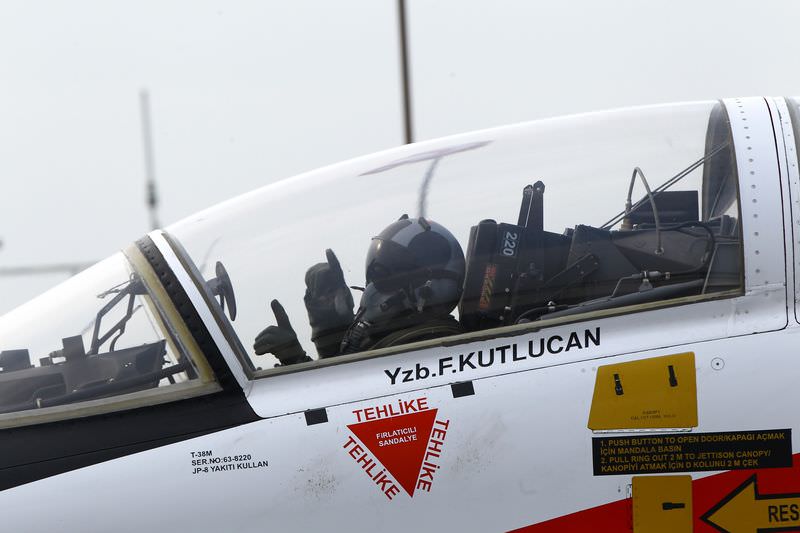 The foreign trainee pilots will be trained at the Multinational Flight Training Center of the Second Main Jet Base Command in Izmir, western Turkey.

122 Training Squadron Operations Officer Major Abdulkadir Kirkpinar told The Anadolu Agency that, from June, the foreign trainee pilots will be trained for 15 months at the Multinational Flight Training Center.

They will be taught how to survive in the case of an accident, how to escape from different scenarios and how to be physically prepared for any kind of difficulty.

The training period will start with SF-260D propeller aircrafts for three months, and will continue with KT-1T jets.

The trainee pilots will then move on to Evolution Flight Training and T-38M training.

After 15-months of training, the pilot candidates will be qualified for pilot nomination.

Kirkpinar said that during the training period, they will use technology that most other countries do not possess.

He hailed the use of the simulators during training for their cost-effectiveness, as well as for enabling trainee pilots to experience emergency situations that cannot be tested in real flights.

The Turkish Military Aviation Organization was established eight years after the Wright brothers successfully flew the first powered aircraft in 1903, which is considered to be the beginning of the modern and high technology aviation.

It was established in the same period as the USA, France, the UK, Germany, Italy, Austria and Russia who all established their military aviation organizations between 1909 and 1912, the official webpage of the Turkish Air Force says.
Last Update: Mar 23, 2015 9:55 am
RELATED TOPICS