62 Gülenists sent to court for arrest in KPSS cheating probe 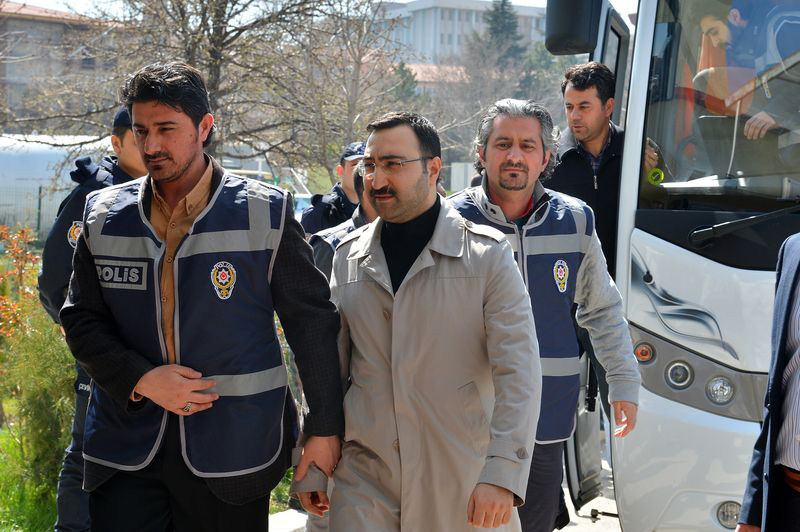 | Photo: AA
by Daily Sabah Mar 26, 2015 12:00 am
Some 62 people allegedly affiliated with the Gülen Movement have been sent to court for arrest on Thursday within the scope of investigation into the cheating allegations of members of the Gülen Movement during the Public Personnel Selection Exam (KPSS) held in 2010 in Turkey.

While seven of 69 detained over fraud in the exam were released on Thursday, another 62 have been sent to court for arrest.

The Ankara Chief Prosecutor's Office has been investigating the Social Security Institution (SGK) records of 350 people who answered all 120 questions correctly in the exam, and it has been discovered that many of them are affiliated with the Gülen Movement.

The prosecutor's office released a statement on Monday relating to the investigation, saying: "In the history of the KPSS, although no one has ever previously answered all 120 questions correctly in the Educational Sciences part of the exam, in 2010, a total of 350 people gave a correct answer to 120 out of the 120 questions on the exam."

Out of 350 people, 70 of them are spouses, 23 are relatives and 52 have been living in more or less the same district apartment, address, building complex or street according to the statement. Given these facts, the prosecutor's office suspects that the aforementioned people managed to score full marks on the exam with the assistance of the Gülen Movement, which is accused of obtaining the questions before the exam and providing them to those who are now accused of cheating.