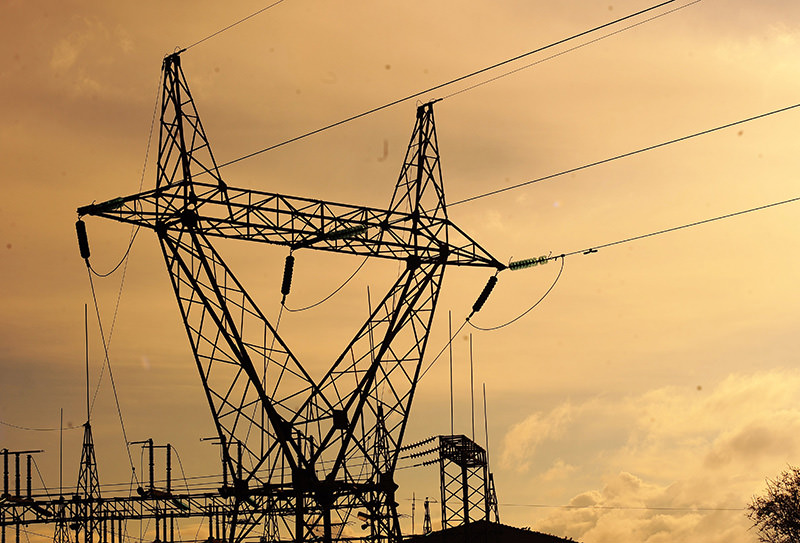 | AA Photo
by daily sabah Apr 01, 2015 12:00 am
It has been one day since Turkey experienced one of the worst blackouts in recent memory, and the lack of an explanation is fueling conspiracy theories.

On Tuesday morning, Turkey was rocked by a massive power outage in almost all provinces across the country, leaving millions without electricity for hours. The metro and trams in Istanbul and Ankara came to a halt, traffic lights stopped working and people were trapped in elevators, while some factories lacking backup power stopped production. Mobile phone networks suffered disruptions as well.

The government set up a crisis desk and officials rushed to investigate the source of the mysterious outage that was initially tied to a technical failure.

Energy and Natural Resources Minister Taner Yıldız, whose ministry is in charge of the country's power supply, was as confounded as the public and promised a meticulous probe into the outage that paralyzed daily life. Yıldız was in Slovakia on an official visit and informed reporters throughout the day about the issue before wrapping up the day by announcing that the entire country was "energized" again.

He said they launched an inquiry to look into all potential causes for the outage. "Our duty is to reveal whether it is a technical problem, an administrative fault or something political," he said cryptically. "We will reveal it to the public whatever the cause is," he told reporters in his latest press conference late on Tuesday. Yıldız's comments that the timing of the outage was during a period when the supply was high and demand was low further added to the mystery of the widespread blackout.

Cutting short his trip, Yıldız returned to Turkey and met with directors of energy. Officials have not made any comments on the power outage since then.

Earlier on Tuesday, in response to questions, Yıldız said they would also look into allegations of a cyber-attack as a possible reason that the country's power grid failed. His remarks came after Prime Minister Ahmet Davutoğlu announced that sabotage of the electricity network might also be investigated.

The Turkish Electricity Transmission Company (TEİAŞ), the state-run agency in charge of electricity transmission in the country where electricity delivery authority is privatized, announced there was a sudden loss of 3,000 megawatts of power that cut off Turkey from the European grid and backup supplies failed to meet the high demand and this eventually led to the outages.

The Chamber of Electrical Engineers (EMO) gave several explanations regarding the cause of blackout. One of them is shortcomings in maintenance of transmission lines. Another explanation is that private-run natural gas power plants stopped production in less profitable hours when the prices are low. "This led to a shortage in supplies and mismanagement of the crisis led to a greater failure in power transmission," a statement by EMO said, noting a similar blackout occurred in 2006 in 13 cities when private-run plants stopped operating.

The public, impatient for an explanation, has already taken to social media to churn out conspiracy theories one after another. A cyberattack is the likeliest reason according to many. Some believe it had something to do with the hostage crisis in the Çağlayan Courthouse in Istanbul, claiming the power outage was meant to disable security cameras and shut down electronic security systems to allow a covert operation by terrorists. Even Kemal Kılıçdaroğlu, the chairman of the main opposition Republican People's Party, questioned whether the blackout had any connection to the hostage drama. This allegation was dismissed by officials. Other opposition members questioned whether the blackout aimed to show Turkey's need for nuclear energy.
Last Update: Apr 02, 2015 2:33 pm
RELATED TOPICS