Women sprint ahead at İznik Marathon 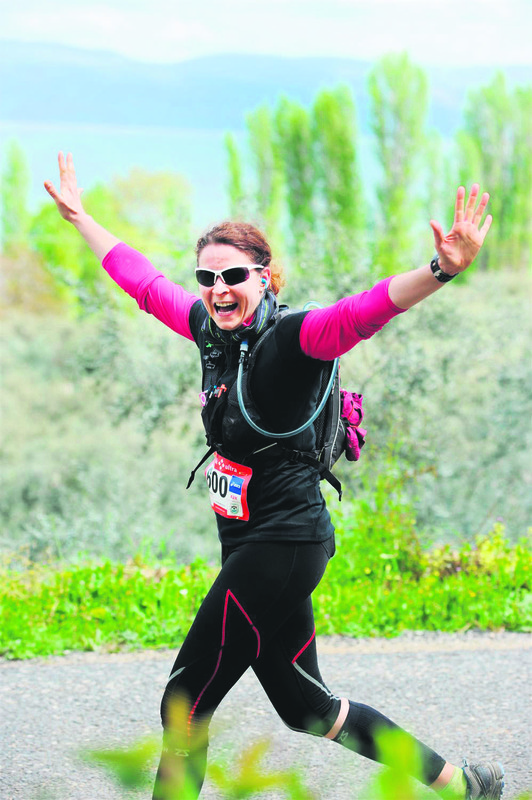 The fourth edition of the İznik International Ultra Marathon, the biggest in Turkey in terms of the size of the organization and number of participants, will be held from April 17-19. This year, the marathon received many applications from women athletes, tripling the number of female participants in the previous marathon

Organized by the Macera Academy and Macera RaceSetter under the auspices of the Bursa Governorate and supported by Asics, the İznik Ultra Marathon, which is the biggest marathon in Turkey, will start on April 17. The marathon has become a prestigious race internationally in a very short time. The event, which will be organized as a festival this year, will continue for three days. The organization will commence with the 136-kilometer İznik Ultra Marathon and continue with the 40 km İznik Mountain Marathon, 83- kilometer Orhangazi Ultra Marathon and 10-kilometer İznik run. While the races attracted 360 athletes last year, nearly 600 international and Turkish athletes will run in various races. The organizers expect this number to rise to 1,300 with the individuals that will run in 10-kilometer İznik run.

Among the internationally successful sportswomen who will run in the 136-, 83- and 46-kilometer races, Bulgarian athlete Maria Nikolova who won the Persenk Ultra Woman Marathon and Turkish athlete, Bakiye Duran who initiated the ultra marathon in Turkey and won several world championships, will run in the 136-kilometer race. Russian athlete Elena Polyakova, who won the İznik 136-kilometer races twice, the İznik Mountain Marathon once and claimed third place in the 2014 Zugspitz Ultra Marathon, will run in the 83-kilometer race. Irish athlete Martine Nolan and French athlete Claudie Laval as well as communications professor Itır Erhart, columnist Yonca Tokbaş, the president of the Tohum Autism Foundation, Betül Özer, and journalist Şirin Mine Kılıç who is also the president of the Mineral Media Agency, were highlighted as the favorites in the 46-kilometer race. While women show more interest in long-distance races then men, they are also much more successful in finishing the parkour than men. It is said that women do a better job in long-distance races because they have a higher tolerance for pain and hardships as well as they evaluate situations better before tackling obstacles.
Last Update: Apr 06, 2015 2:10 am
RELATED TOPICS