Eight killed in traffic accident in the southern Turkey 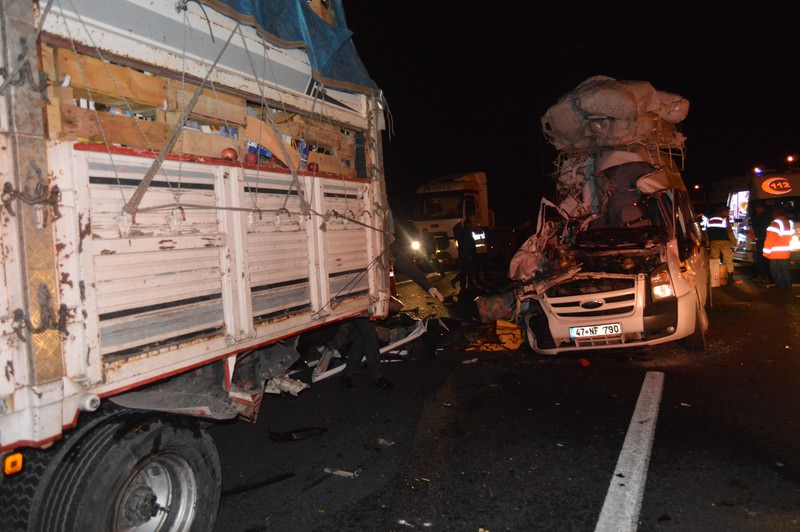 |IHA Photo
by daily sabah Apr 07, 2015 12:00 am
Eight people were killed and eight others were injured when a minibus crashed into a truck in the southern Turkish city of Osmaniye late on Monday.

The minibus was carrying a bridegroom, bride and their families who were heading to the southeastern city of Mardin for a wedding party. The would-be couple and several family members died in the crash while the truck driver was detained by police on suspicion of being at fault in the accident.

Every year, thousands of people die in traffic accidents across Turkey. Though poor road conditions or weather are blamed for some of those accidents, the most common cause for most of the accidents are drunk driving, reckless driving and ignoring traffic rules.
Last Update: Apr 07, 2015 5:02 pm
RELATED TOPICS