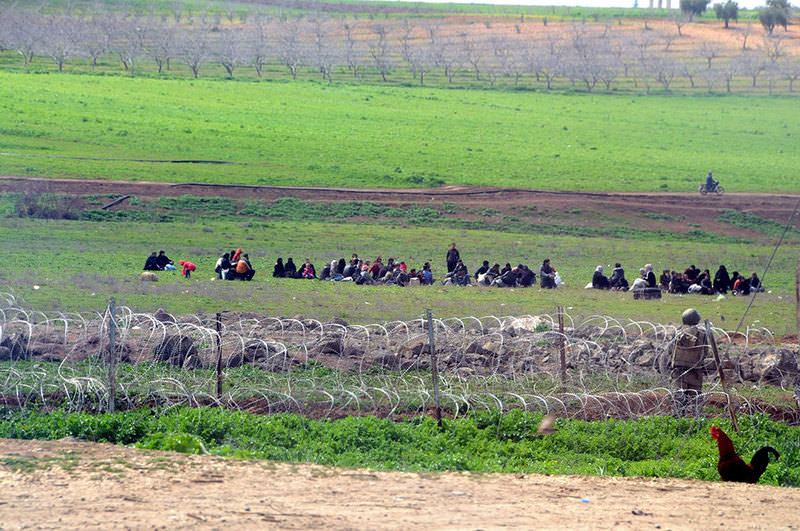 | IHA Photo
by Daily Sabah with AA Apr 07, 2015 12:00 am
As Turkey increased its efforts to prevent foreign fighters joining the self-proclaimed Islamic State of Iraq and Sham (ISIS) in Syria and maintain its domestic security, both the number and the variety of people illegally trying to cross the border has increased.

Turkish security forces have arrested 10 foreign nationals illegally attempting to cross into Syria, Turkish officials have said. The suspects from Switzerland, Kosovo, Syria, Tajikistan and Russia were seized in the southern Turkish province of Gaziantep on Tuesday, the Gaziantep Governorate said in a statement.

The Swiss suspect, named O.A.M.B, was charged with being member of a terror organization.

Meanwhile, Turkish Armed Forces released a statement on Tuesday saying that 15 Chinese nationals trying to cross into Syria were arrested on April 5, along with 15 Syrian nationals.

289 Syrians, two Iraqis and a Turkish citizen were also arrested trying to cross into Turkey.

The arrests came hours after the governorate announced two Russian citizens believed to have been trying to join militants fighting in Syria had been deported.

Turkish military also reported that a large amount and variety of goods, including vehicles, animals, cosmetics and cigarettes were seized at the border.

Thousands of foreign fighters from all over the world are believed to have joined terrorist organizations, including ISIS, in Syria and Iraq.
Turkey shares an 800 kilometer-long border with Syria.