Farmers warned over fishing in fields 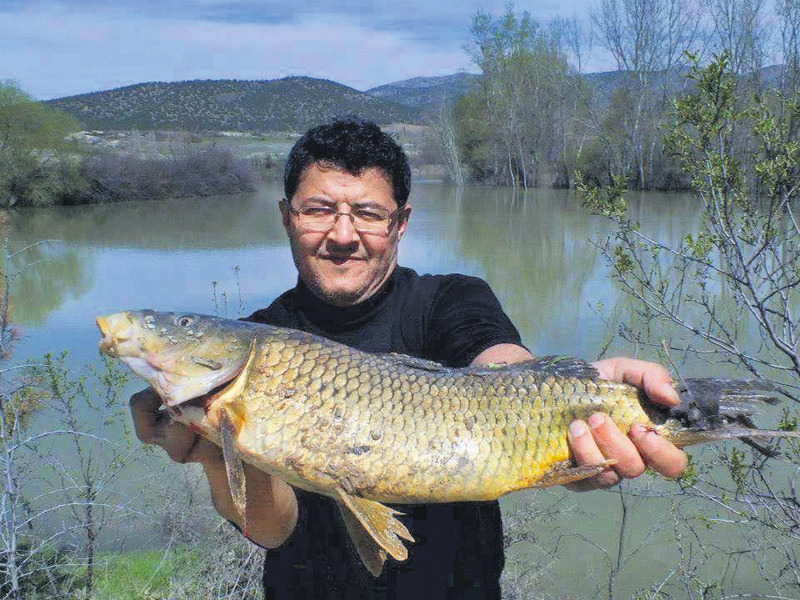 by Dogan News Agency Apr 08, 2015 12:00 am
Farmers in western Turkey's Denizli are confused over which is rarer: Fishing for a succulent carp in fields of wheat or facing a warning and ultimately a fine for hunting off-season. It all started with last week's heavy rainfall in the province. When a reservoir was filled to the brim, authorities had no choice but to release it to Büyük Menderes River straddling through fertile wheat fields in Çal, a district of Denizli. Soon, the river has overflown its banks, inundating long stretches of fields. Farmers were initially concerned about the damage to their crops but they soon found a silver lining: An abundance of meaty carps floating in their flooded fields. They quickly set up nets and started catching carps, some weighing as much as 6 kilograms. However, they were apparently oblivious that a ban on fishing was in place for the carp and other freshwater fish between March 15 and April 30. Local officials visited the farmers and warned them about possible fines soon afterwards. Aydoğan Gürcan, head of the local directorate of food, agriculture and livestock, the authority regulating fishing, said they have not hand out fines yet. "We were obliged to inspect the fishing under the regulations. Farmers already suffer from floods and we do not want to impose fines on them, but we have to fulfill our duty. They should not catch fish from Büyük Menderes," he said.
Last Update: Apr 08, 2015 9:36 pm
RELATED TOPICS