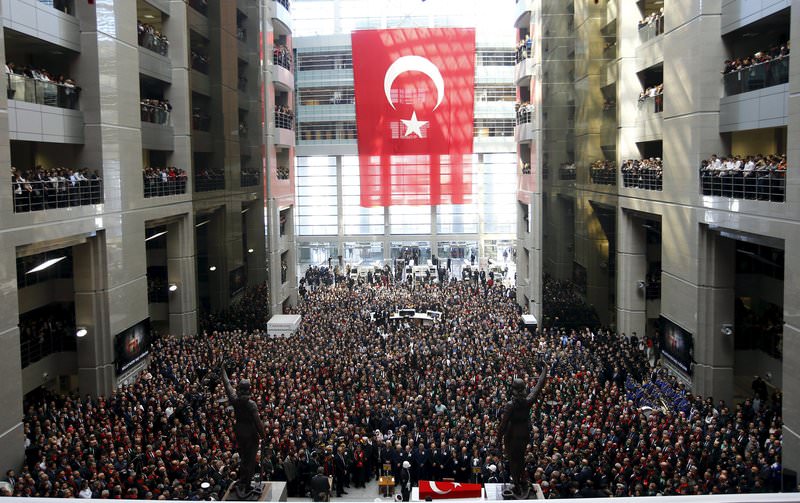 A photo of Kiraz with a gun pointed to his head by two terrorists from the Revolutionary People's Liberation Party-Front (DHKP-C) was widely circulated on Twitter and other social media websites after it was released by terrorists the day he was taken hostage at an Istanbul courthouse last week. Kiraz was killed by terrorists despite hours of negotiations, and the two terrorists were later killed in a shootout after police stormed the room.

The photograph was splashed on the front pages of several newspapers. The publication of the photo led to public outrage. Senior government officials accused those publishing the photo of helping terrorist propaganda and glorifying an act of terrorism. Media outlets publishing the photo were banned from covering the funeral of Kiraz, on the order of Prime Minister Ahmet Davutoğlu.

Days later, a court ordered the ban on Twitter and YouTube when the two social media networks did not comply with requests to remove content carrying the photo of the late prosecutor. The ban was lifted hours later when the two websites complied.

It was revealed that the wife of the late prosecutor, herself a judge, asked top judiciary officials to help her with the removal of the photo, over concerns about her children. She reportedly told colleagues those publishing the photos "did not care how my children would feel when seeing this photo." Acting on her call, an Istanbul court ordered the removal of the photos and a ban if the websites did not remove them.
Last Update: Apr 09, 2015 6:06 pm
RELATED TOPICS