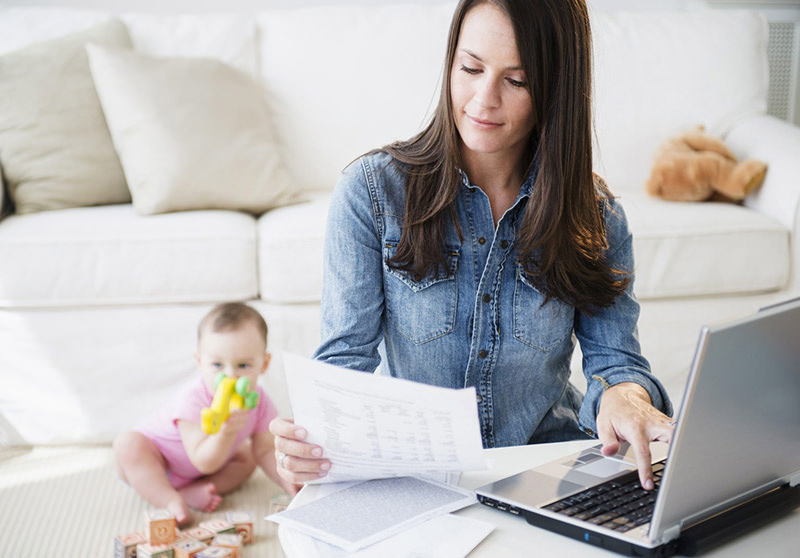 | Getty Photo
by daily sabah Apr 15, 2015 12:00 am
The government on Wednesday officially launched an ambitious project to increase women's participation in the workforce. With working mothers forced to juggle family life and their careers, the project offers funds to cover babysitter fees for working mothers' children.

The Social Security Institution (SGK) provides grants supported by the EU for mothers of children between one day old and 24 months old. As part of the program, a 300-euro monthly payment will be forwarded to mothers to cover child care expenses.

The project has first been launched in the cities of Antalya, İzmir and Bursa during its trial process, and then will be expanded to other cities. In total, 5,000 mothers and 5,000 babysitters will be provided with funding from the grant. The project will also help babysitters who are working illegally and earning low wages, as well as offer them social security benefits.

Mothers working in low-paying jobs are often forced to give up their jobs to look after their children as they cannot afford a babysitter.

The grant will provide around 300 euros per month for up to 36 months, while another grant for mothers who take care of children on their own, who have disabled kids and who employ certified babysitters will be around 390 euros.

The conditions to benefit from the grant are that the mother and the babysitter must reside in the same city and be Turkish citizens. The mother who applies needs to be legally employed and registered with the SGK, even if it is just a day before applying for the grant. Mothers who earn more than TL 2,500 ($925.72) – approximately twice the minimum wage – will be eligible for the grant. The babysitter needs to have at least a primary school education. Also, there cannot be any familial relationship between the mother and the babysitter, and the mother cannot be declared as a babysitter of another child within the scope of the project.

Çelik said women faced a glass ceiling in employment, and highlighted that they were viewed as a "disadvantaged group" in terms of employment. The minister also said the government consulted with nongovernmental organizations and labor unions to further increase women's participation in the workforce; the government has also taken steps to realize this increase. Emphasizing an increase in women's participation in the workforce since 2002, Çelik said, "It was 26.9 percent that year and reached 30.8 percent by the end of 2014. Still, we cannot say it is enough. Our goal is to increase it to 41 percent by 2023." The year 2023 refers to the centennial of the Republic of Turkey as well as the year set by the Justice and Development Party (AK Party) government to achieve a list of goals including making the country one of the top-10 world economies.