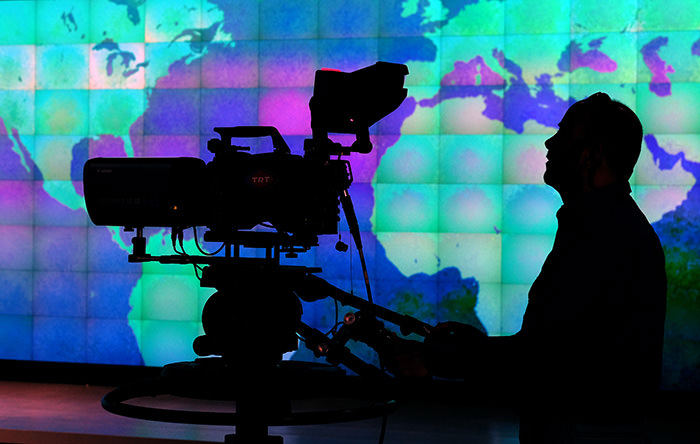 In an interview with Anadolu Agency, TRT's Director-General Şenol Göka provided insight about the upcoming channel and revealed that the technical infrastructure for TRT World was completed on Jan. 15.

He added that establishments such as TRT and Anadolu Agency were becoming "soft powers," and were becoming more influential globally, day-by-day.

Deputy Director-General İbrahim Eren said: "It will be a news station based in Istanbul, but it will inform the world about global affairs. There will be reporters from Asia, the Americas and Europe. Reporters either settled [in those locations] or sent from the stations headquarters will present continuous, strong, new, different, original and reliable news and human [interest] stories to viewers."

Eren also stressed: "We examined the structures of other international news channels, but we haven't copied any of these as a model. We have set a goal for TRT World of being original, and our teams worked on this principle. Our studios in Kuala Lumpur, Washington, D.C. and London are being set up right now. With professional reporters and technical teams that join us from tens of different countries, TRT World will have a structure that will be taken as a reference from all over the world."