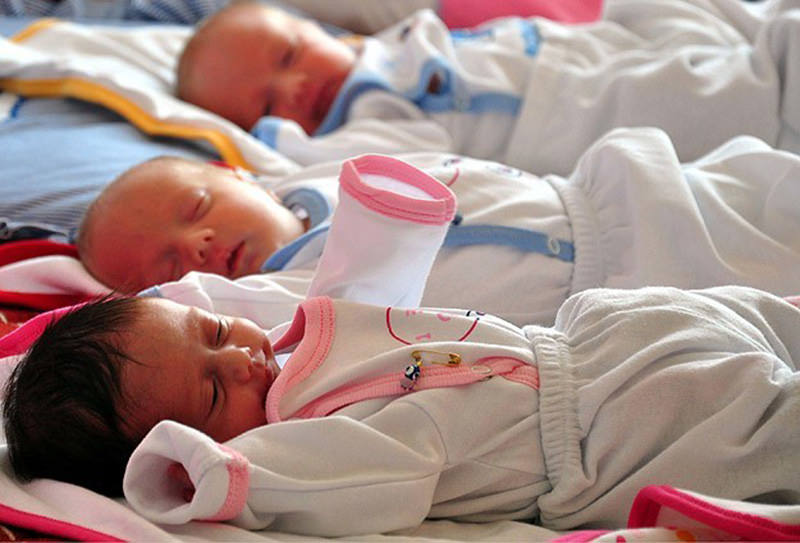 | AA Photo
by daily sabah Apr 17, 2015 12:00 am
Birth statistics released on Friday by the Turkish Statistical Institute (TÜİK) regarding 2014 show a slight increase in live births and the total fertility rate in the country.

TÜİK said the number of live births was more than 1.3 million in 2014, compared to more than 1.2 million in 2013, a 3.6 percent increase. The total fertility rate, which indicates the average number of live births for a woman in her reproductive life – between the ages of 15 and 49 according to TÜİK – rose to 2.17 children from 2.10 children in 2013.

The Justice and Development Party (AK Party) government has long been pursuing an ambitious policy of healthcare reforms that ranges from the construction of modern hospitals to easier access to social security benefits to restore the country's crumbling healthcare system.

The country also seeks to encourage births in the face of a rapidly aging population, with President Recep Tayyip Erdoğan spearheading efforts with his famous advice to families to have at least three children.

Experts attribute the slight rise in fertility rates to urbanization, the rising level of women's education and their active participation in the work force that indirectly led to the postponement of births.