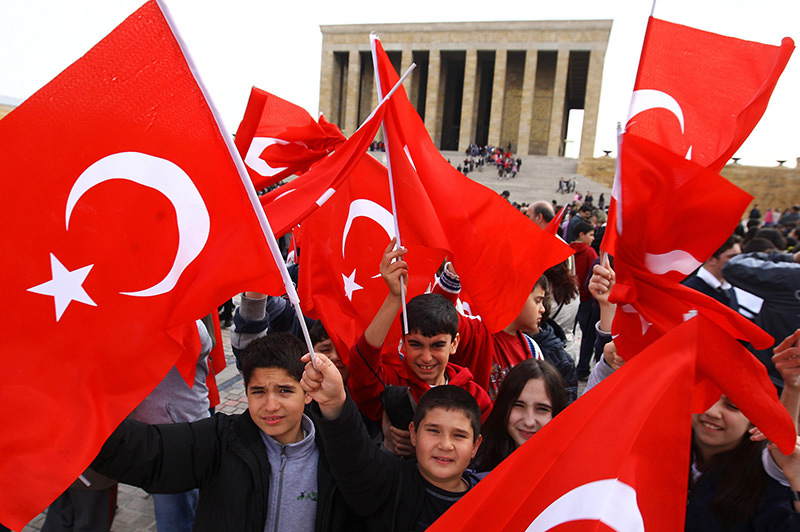 National Sovereignty and Children's Day is celebrated with a flurry of colorful events and ceremonies around Turkey. Art institutions of the Ministry of Culture and Tourism will present a number of children's plays, and state theaters will mark the day during an international theater festival from April 24-29 in Ankara.

Within the festival program, a special "play reading" will be organized as a social responsibility event. Actors of the Ankara State Theater will give a live performance during the reading enriched with audio effects such as the sound of rain and wind. There will also be dance shows and musicals along with puppet and shadow plays. Over the past 10 years, the festival has presented 201 plays from 36 different countries, and more than 200,000 viewers have watched the plays. While celebrating Children's Day, the festival will contribute to the cultural exchange and development of theaters.

Aside from theatrical performances, the Bursa State Symphony Orchestra will give a special evening concert today at the Atatürk Congress and Culture Center in Bursa with the support of the Bursa Philharmonic Association. Under the baton of Can Deliorman, the orchestra features Eva Diyaroğlu, Eylem Tanrıver Varlı, Aytek Mete Ergün and Okan Patıer.

Children living in Istanbul may visit the Istanbul Toy Museum, also celebrating its 10th anniversary. Founded by well-known poet Sunay Akın in Kadıköy, the museum hosts a children's choir with Mine Mücür, the pianist who performed during late singer Barış Manço's TV program for children, "Adam Olacak Çocuk." Little visitors are then invited to animate the popular program, which ended in 1998.

Children who join various surprise events at Minikafest will have fun at coloring areas and video game centers together with costumed characters while discovering the underwater world. Moreover, an 83-meter-long ocean tunnel and Europe's largest shark family promises unforgettable entertainment and experiences.

The tickets for the events, which offer unlimited adventure and entertainment to children, can be purchased from the official website with a 25 percent discount for all children throughout April. Located inside Istanbul Forum Shopping Mall, SEA LIFE Aquarium is open from 10:00 a.m. to 8:00 p.m. Istanbul SEA LIFE, which has one of the biggest aquariums of the world, is home to over 15,000 marine animals including 55 sharks, giant batoidea, clown fish, Russian sturgeon, starfish and turtles.
Last Update: Apr 23, 2015 5:43 pm
RELATED TOPICS