Children celebrate their day dancing, given a chance to rule the country 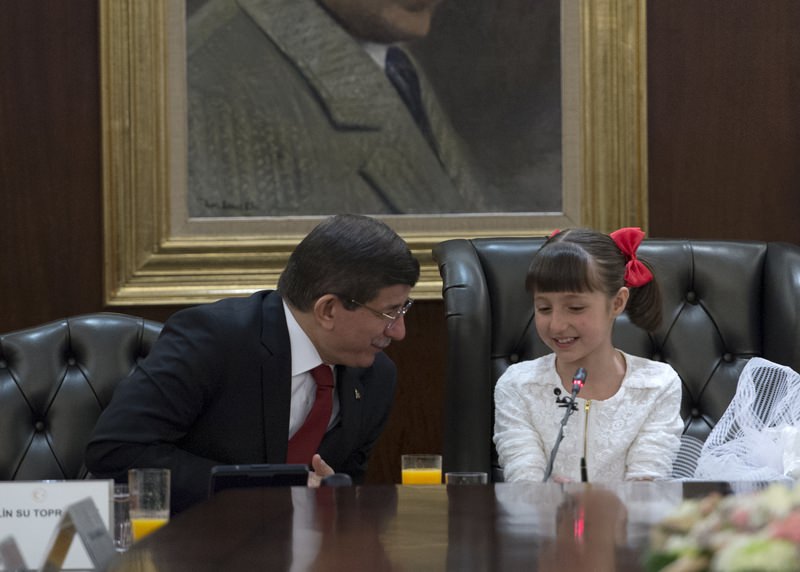 Turkey marked National Sovereignty and Children's Day yesterday, a holiday designated for children. The country's leaders handed over their seats to children for the day and events where children sang and danced were held across the country

April 23 saw colorful celebrations on the occasion of National Sovereignty and Children's Day that both marks a holiday exclusively for children and the foundation of the Turkish Grand National Assembly, the first Parliament of modern Turkey.

Children took the seat of the president, prime minister, ministers and other high-ranking officials all across the country for the day in a symbolic move. Grade school students also took part in dance performances, concerts and other activities staged for the occasion.

President Recep Tayyip Erdoğan handed over his seat to Zülal Erdurmuş, a 10-year-old girl from a school in Ankara. Before the handover, Erdoğan listened to a violin recital by nine-year-old Melek Kaya. An emotional Erdoğan told Kaya he was "devastated" when the girl played a song about mothers and told the president that it was "for your mother," referring to Tenzile Erdoğan who passed away four years ago.

Erdurmuş then fielded questions by reporters as the country's "new president." The young girl proved to be a skillful politician when she brushed off questions about the new Presidential Palace. "Today is April 23. It is an exciting day. So it would be more appropriate if you ask questions about April 23," she said. On a question about the debate surrounding the presidential system, she said, "I only know about the class president."

Pelin Su Topraksoy, 10, served as prime minister for the day. Topraksoy complained about lack of a nuclear power plant. "The supply of electricity is a main problem for our country. We still do not have a nuclear plant," she said. The girl also spoke about the campaigns of political parties in the upcoming parliamentary elections. "I don't think they will have the resources to fulfill their promises," she said, referring to the opposition parties' pledges to increase pensions.

Other children who took the seats of administrators had other things on their mind. Melek Kocasoy, who replaced the governor of Zonguldak in northern Turkey, ordered the governor, who served as her deputy for a while, to buy ice cream for her and her friends. Meanwhile, Istanbul Governor Vasip Şahin came under fire for not handing his seat to a child for the day. Şahin preferred to sit side by side with the children. His office said it was because the governor did not want other children who visited him to feel excluded.

Turkey boasts that it is the only day in the world entirely dedicated to children, and hosts children from around the world for a large-scale festival organized by state-run broadcaster Turkish Radio and Television (TRT).
Last Update: Apr 24, 2015 11:00 am
RELATED TOPICS