Report: US deploys three more drones to İncirlik base 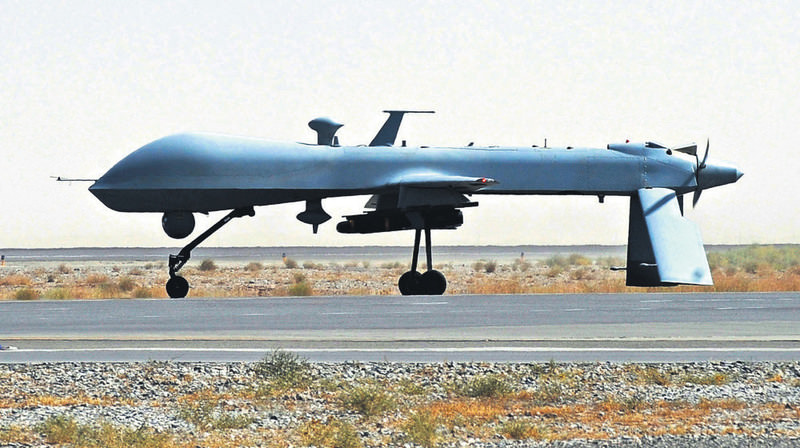 by daily sabah Apr 24, 2015 12:00 am
Three U.S. Predator drones, unmanned aerial vehicles employed for reconnaissance and assault missions, were added to the U.S. fleet at İncirlik air base in Adana, Turkish media reported.

Quoting military sources, Posta newspaper reported that three drones were transferred to Turkey a few days ago and joined two other drones already deployed at the base near the border with Syria. New and existing drones are not armed and used for reconnaissance missions.

The U.S. army first sent drones to the base more than three years ago. The Syrian regime had claimed that its forces shot down a Predator that took off from İncirlik air base over Latakia, a Mediterranean Syrian city.

Washington and Ankara have been discussing the use of Turkey's İncirlik air base, a key installation within 100 kilometers from the Syrian border, in launching airstrikes against the Islamic State of Iraq and al-Sham (ISIS). As the U.S. wants to see quick and effective solutions in the Mosul offensive against ISIS, which is planned to take place by this summer with the use of Turkey's air bases, Ankara is pushing its demands to allow Washington to use its air bases. Among Ankara's demands to allow the anti-ISIS coalition to use its bases is targeting the regime of Syrian President Bashar Assad since Ankara asserts that stabilization in the region is only possible if Assad is removed from power. The issue of allowing U.S. aircraft to use the İncirlik air base is also open to negotiations.

The use of Turkey's air bases in the Mosul offensive was discussed in March when U.S. Central Command Commander Lloyd Austin arrived in Turkey to hold talks on the regional turmoil.
Last Update: Apr 24, 2015 10:57 pm
RELATED TOPICS