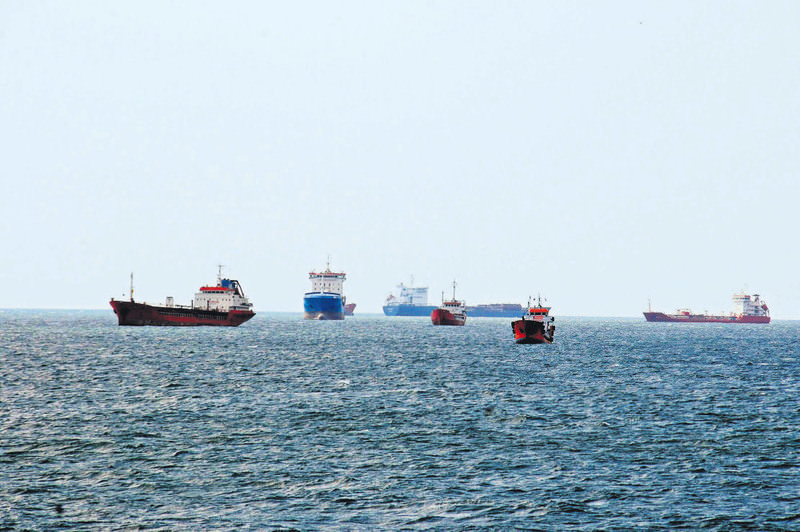 The Environment Ministry has imposed huge fines as part of the government's fight against pollution on companies and ships that polluted the Marmara Sea. Inspections of industrial facilities on the coast of the sea in the provinces of Istanbul, Balıkesir, Çanakkale, Kocaeli, Tekirdağ and Yalova were doubled, said Environment Minister İdris Güllüce, who also said that of the 6,000 firms on both sides of the Bosporus Strait in Istanbul, 300 were asked to improve their waste disposal facilities.

The ministry, which completed its 24/7 online-inspection mechanism on factories near or on the coast, had already made waste data sharing obligatory. All facilities involved in the automotive, chemistry, glass, food, lime, paper, textile and fertilizer sectors have until the end of the year to install the proper data sharing equipment. Twenty-five percent of the country's population and 65 percent of the industrial production are located in the Marmara Region.The ministry's 181 hotline was inundated with more than 80,000 complaints from across the country last year. In 18,000 inspections carried out, more than 800 firms were fined TL 30 million ($11.05 million) for polluting the air, sea, land and causing noise pollution. Additionally, around 5,000 firms were fined TL 10 million for illegal waste dumping.

Güllüce noted their institution of a detailed inspection mechanism of industrial facilities in seven provinces around the Marmara Sea.

Tekirdağ province tops the list in firms violating the water pollution regulations. Güllüce said most industrial firms used rivers running into the Marmara Sea to dispose of their treated waste. Of the 44 organized industrial zones, 35 of them had the proper water treatment facilities.

In Istanbul, 2,483 firms on the Anatolian side and 3,510 on the European side were producing industrial waste, said the minister, adding that 291 firms in total were told to take the necessary precautions to prevent pollution. The minister said the Greater Istanbul Municipal Water Works (İSKİ) had 57 separate water treatment facilities.The 29 shipyards in Yalova province are also under serious scrutiny, together with five urban water treatment facilities and 16 industrial zones. Güllüce said only one municipality, Koru, didn't have the necessary water purification facility.
Last Update: Apr 26, 2015 8:38 pm
RELATED TOPICS