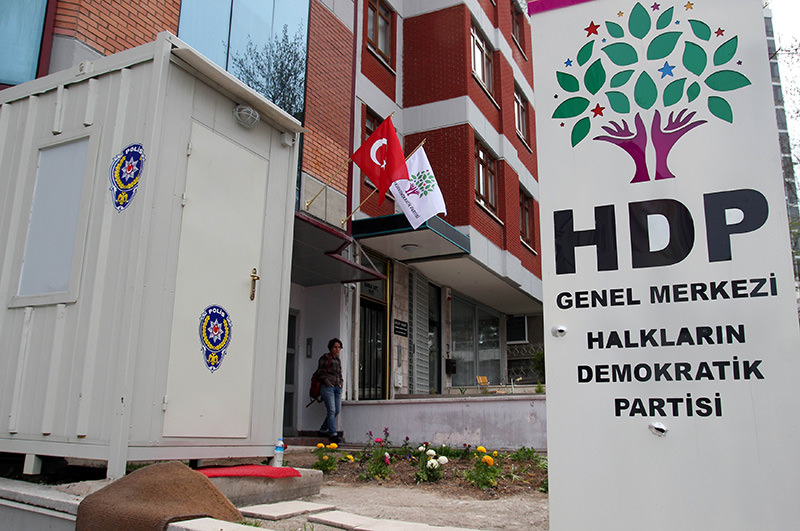 Bullet holes mark the sign after assailants opened fire on the headquarters of the pro-Kurdish Peoplesu2019 Democratic Party, (HDP) early on April 18, 2015 in Ankara, Turkey (AFP Photo)
by daily sabah Apr 26, 2015 12:00 am
The pro-Kurdish People's Democratic Party's (HDP) election office in the western province of Yalova was the target of an armed attack early on Saturday morning. The election office had been expected to be inaugurated on Sunday.

Gunmen reportedly fired four gunshots, three of which hit the office while the other one hit the next shop.

The incident took place in the Altınova district of Yalova.

Altınova district head of the HDP, Cemal Cengiz, said no casualties were reported as there was no one in the office at the time of the attack.

Yalova police launched an investigation to find the identities of the attacker.

Gunshots had previously been fired at the HDP headquarters located in the Çankaya district of Ankara last week, leaving bullet holes on the signboard and the walls.

One of the two suspects was arrested on the charge of causing panic among the public, while the other was released on the condition of judicial control.
Last Update: Apr 26, 2015 5:16 pm
RELATED TOPICS