Astronaut food Quinoa begins to be grown in Turkey 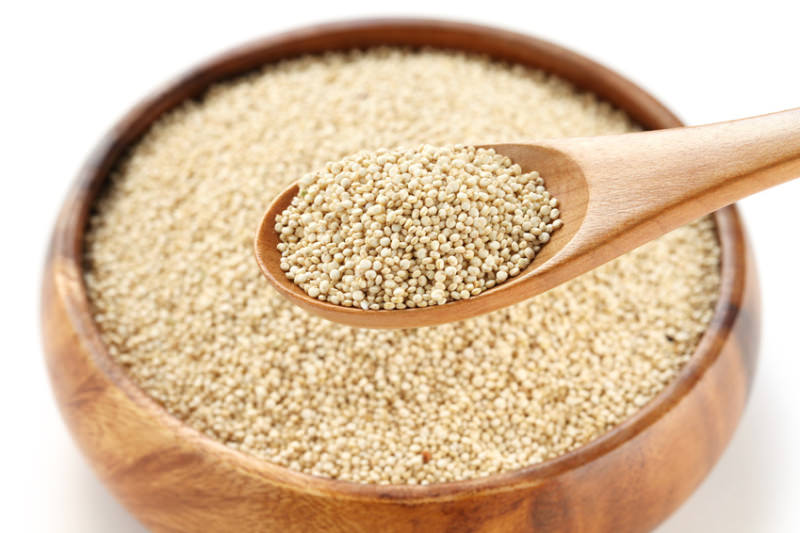 by Anadolu Agency Apr 27, 2015 12:00 am
Quinoa, which is known as the raw material of astronaut food due to its high levels of nutrients in small pieces, has been planted over a 1.5-hectare area in Beyobası village in Kırıkkale's district of Balışeyh in recent years. According to its adaptation to the land and its efficiency, quinoa is considered an alternative product. In his statement, Provincial Director of Food, Agriculture and Livestock, Recep Kırbaş, explained that while quinoa is a new crop for the farmers in Kırıkkale as well as Turkey, the plant is mostly grown in Spain, Portugal, Peru, Colombia, Bolivia, Chile and in the foothills of the Andes. As archeological excavations have revealed, quinoa dates back 5,000 years and was planted by the Incas. It is a type of cereal like rice or wheat and is very rich in protein, vitamin and minerals. "As it is rich in nutrition even in small amounts, it was studied by NASA. They choose to make use of this plant during long travels in space," Kırbaş said.

One-hundred grams of quinoa has 350 calories, approximately six grams of oil, 70 grams of carbohydrates and six grams of fiber. Along with basic amino acids, the plant is also rich in calcium, iron and phosphor. Kırbaş stressed that as it takes up a small amount of space and is highly nutritious, quinoa is used in the food that is prepared for astronauts.

Kırbaş pointed out that quinoa is preferred by people suffering from celiac disease since it does not contain any gluten. "We planned to plant 200 grams and harvest 200 kilograms. The company for which we grow the seeds guaranteed that we do not have any problem with marketing. The plantation of quinoa is secured by a contract. We hope that this plant will adapt to the lands and climate of our province," Kırbaş concluded.
Last Update: Apr 27, 2015 10:14 pm
RELATED TOPICS