Turkey: 150 kilos of TNT found planted on road in Diyarbakır 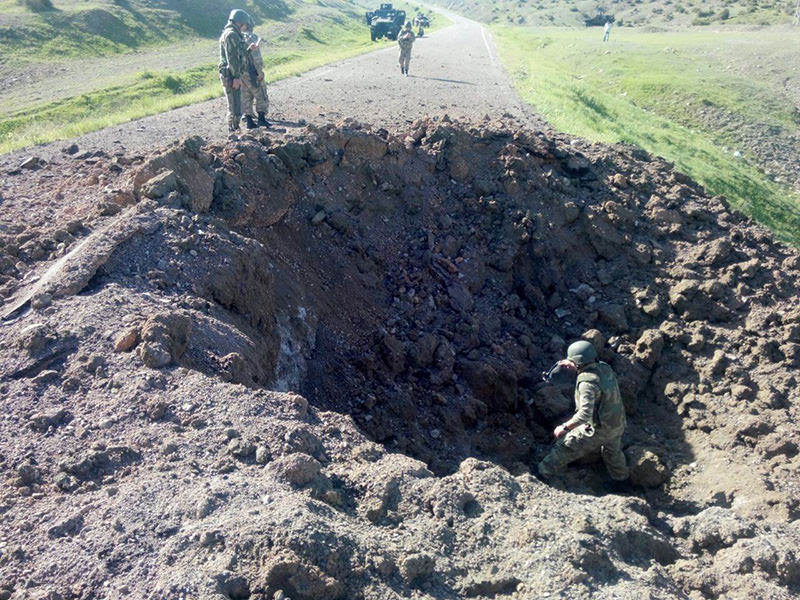 | IHA Photo
by Daily Sabah May 01, 2015 12:00 am
Army troops discovered an explosive device attached to 150 kilograms of TNT on a road connecting the southeastern Turkish provinces of Diyarbakır and Bingöl early on Friday.

Security forces were on a routine check on the road for possible mines when they found the explosives connected to a gas cylinder. The explosives were demolished at the scene, leaving a large crater in its wake. It is unknown who planted the bomb, but roadside bombs discovered in the region in the past were linked to the PKK terrorist organization, which remains active in the southeast though it has largely ceased its attacks.
Last Update: May 01, 2015 3:23 pm
RELATED TOPICS