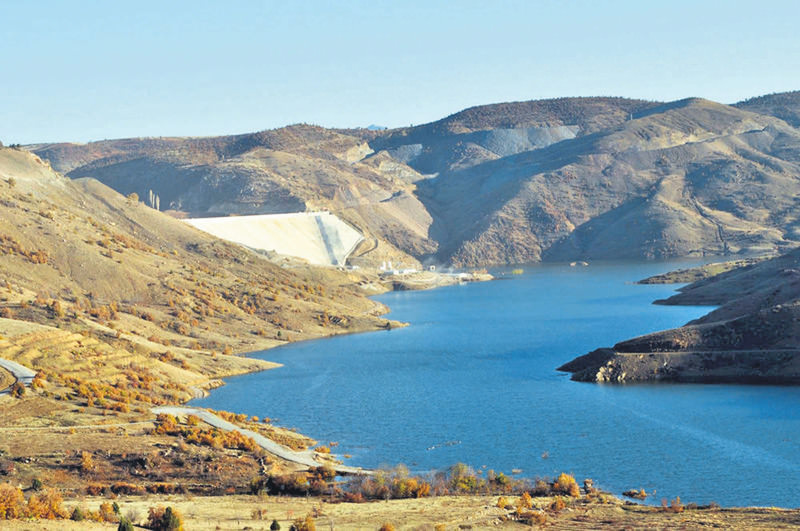 The Konya Plain Project (KOP) is a sustainable and extensive development project for central Anatolia. The project, running from 2014 through 2018, will be funded by a TL 9.9 million government grant

The Konya Plain Project action plan for 2014-2018 was announced by the Development Ministry last week to ensure a change in the agricultural structure and sustainability of the region and increase access to industry, trade, transportation, energy sectors and social services. Further, the plan aims to minimize the differences in levels of development in the region and between regions, to improve the competitive power of the region and economic and social capacity and to enhance the welfare of the citizens.The goal is to increase the ratio of gross national product per capita in the region from Turkey's average of 77 percent according to 2011 data to 80 percent in Konya, Karaman, Kırıkkale, Kırşehir, Nevşehir, Niğde and Aksaray provinces by 2018. The exports in the region are also to increase by $3.5 billion at the end of the term, thereby accounting for 1.26 percent of total Turkish exports.It is estimated that the unemployment rate, which was 4.9 percent in 2013, will decrease to 2.9 percent by 2018, and the employment rate and labor force participation rate - currently 46.5 percent and 48.9 percent, respectively - are expected to increase to 50 percent and 51.5 percent, respectively.The Presidency of the KOP Regional Development Administration will supervise and coordinate the implementation of the KOP Action Plan, while all government bodies included in the plan will be responsible for the regional implementation of the project.

The funding for 2014 was TL 1.3 billion ($480 million), for 2015 it will be 1.6 billion, TL 1.9 for 2016, TL 2.4 billion for 2017 and TL 2.7 billion for 2018 - a total of TL 9.9 billion.Within the scope of the KOP Action Plan, five main targets have been set: use of soil and water resources in a sustainable manner, improving economic structure, developing infrastructure and urbanization, improving human and social structures and developing corporate capacity.During the term of the plan, development services will be completed on an area of 1.3 million hectares. The ongoing dam pond irrigation projects executed by the State Water Works Department (DSİ) will be completed and new irrigation projects will be initiated in rocky areas.Together with institutions in the region, a road map for the use of underground and above ground water will be issued. Considering the lack of water sources in the region, products such as oily seeds, that are scarce in the country and consume minimal water, will be planted and the infrastructure will be established for this transformation. With the completion of the ongoing and planned irrigation project, the irrigated area in the region will increase from 924,000 hectares to 1.1 million hectares, creating employment for 88,000 people. The number of agricultural workers, which is currently around 462,000, will increase to 550,000 and the annual income earned from irrigated agricultural lands will increase to TL 6 billion.

During the term of the plan, about 114,500 hectares will be irrigated by the DSİ and irrigation networks of around 177,000 hectares will be rehabilitated. Cultivation areas will increase to 60,000 hectares and an environmental-friendly mechanization that protects the soil and saves water will be used. Further, research will be conducted to prepare a stockbreeding strategy for the region. Support programs will be provided for cattle farming and ovine farming. Infrastructure will be developed for collecting raw milk under suitable conditions.Works for preparing a Research and Development road map will be funded, and innovative approaches will be implemented to enhance the added value provided by trade. A transition from middle to high technology will be expedited. Grants will be provided to around 5,000 companies and new entrepreneurs.The Karapınar Energy Specialization Industry Zone will be open to investment and planning Works for opening a low-emission thermal power station for benefiting from the 1.8 billion ton coal reserve in Karapınar-Ayrancı districts.
Last Update: May 04, 2015 12:10 am
RELATED TOPICS