Peace in the southeast clears way for nomads 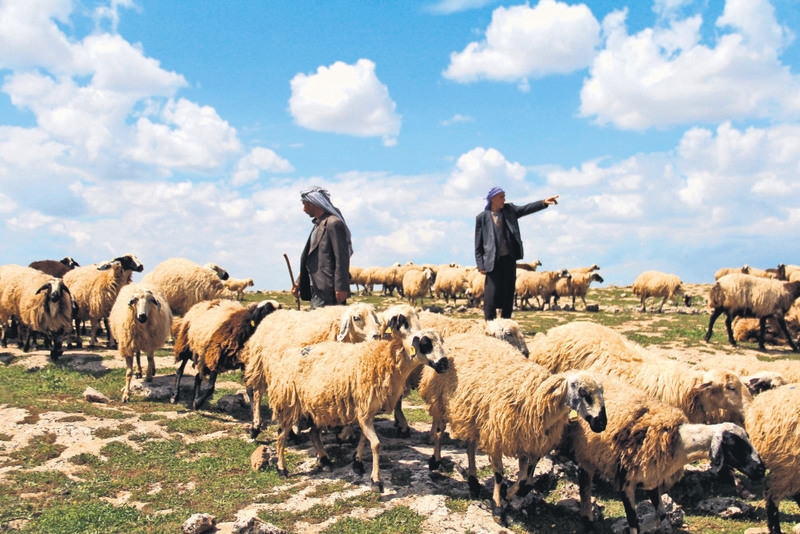 Nomads depend on security to take their livestock to the pastures in the mountains that have been harboring PKK members for decades.
by Daily Sabah with AA May 03, 2015 12:00 am

Once afraid of traveling to mountain pastures stalked by PKK terrorists, nomads in southeastern Turkey are returning to the green plateaus as the reconciliation process to end terrorism moves forward

Nomads are among the communities enjoying an atmosphere of peace in Turkey's southeast following the government-sponsored reconciliation process that aims to restore a state of calm in a region once beset with terrorism.

Due to their lifestyle, which is defined by their livelihood and their livestock's need for fresh pastures, nomads often have to move in parallel with shifting weather. However, like the rest of the population in the southeast, their freedom of movement has long been restricted by the threat of terrorism and the continuous military operations to clamp down on members of the terrorist PKK.

They believe that when the reconciliation process reaches one of its ultimate goals, which is having the terrorist organization lay down its arms, mountainous nomadic routes will be much safer.

Hamza Ağan, head of an association of nomads from Karacadağ, a mountain in southeastern Turkey's Şanlıurfa, told Anadolu Agency some 1,000 families of nomads live in the southeast. Ağan said nomads had been victims of "troubles" on the roads to higher pastures in the past, but they are more comfortable now with the prevalent environment of peace with the reconciliation process underway.

Nomads in Karacadağ live in towns on the outskirts of the mountain in winter and climb up the mountain to the bountiful pastures for their cattle and sheep during the summer. However, the summer is also the time for PKK terrorists to leave their hideouts in the rugged terrain to carry out their attacks. Nomads used to be targeted by the terrorist organization in the past, with the PKK either looting them or using their makeshift settlements in the pastures as hideouts and places to store weapons. In the 1990s, nomads were also subject to close scrutiny by authorities, as they were long suspected of assisting the terrorist organization and sometimes faced bans on their resettlement in the summer.

Ağan said every actor in the reconciliation process should exert efforts to successfully conclude the process and take risks to that end. He believes a permanent peace will change the life of nomads for the better.

"Our lives were under threat before the start of the reconciliation process. Now we have peace of mind, and people can travel safely. We hope this will continue," Seydi Turan, a nomad, told Anadolu Agency.

The reconciliation process, part of the Justice and Development Party (AK Party) government's ambitious democratic reforms, are composed of a series of steps launched in 2012 to end the PKK's decades-long bloody campaign for Kurdish self-rule in southeastern Turkey.

Southeastern and eastern Turkey have long been beset by terrorist attacks and clashes between Turkish security forces and the PKK. An apparent calm returned to the region after the process started. The government hopes that the region will prosper in the absence of security threats and that agriculture and livestock breeding, two main sources of income for locals, will flourish again. Indeed, 150,000 acres of land that has long been left uncultivated due to fears of terror attacks were cleared of weeds and re-opened for cultivation in the province of Şırnak after the process started. Authorities expect a further boom in agriculture in the region without the prevalence of acts of terror.
Last Update: May 04, 2015 11:08 am
RELATED TOPICS