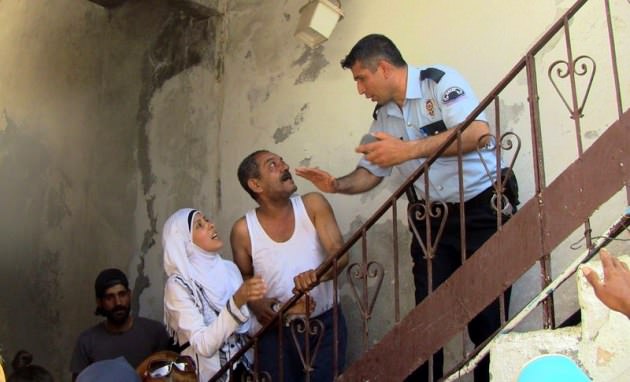 by Daily Sabah May 08, 2015 12:00 am
Three Syrian refugee children have died on Friday in a fire that erupted on the second floor of a three story building in Turkey's southern province of Hatay.

According to sources, neighbors called the firefighters after noticing smoke rising from the apartment.

While the flames were eventually put out by emergency crews, the three children of Syrian Tecir family, Yousuf(2), Mohammed(4) and Suleiman(5) died at the scene of the fire.
Last Update: May 08, 2015 8:18 pm
RELATED TOPICS