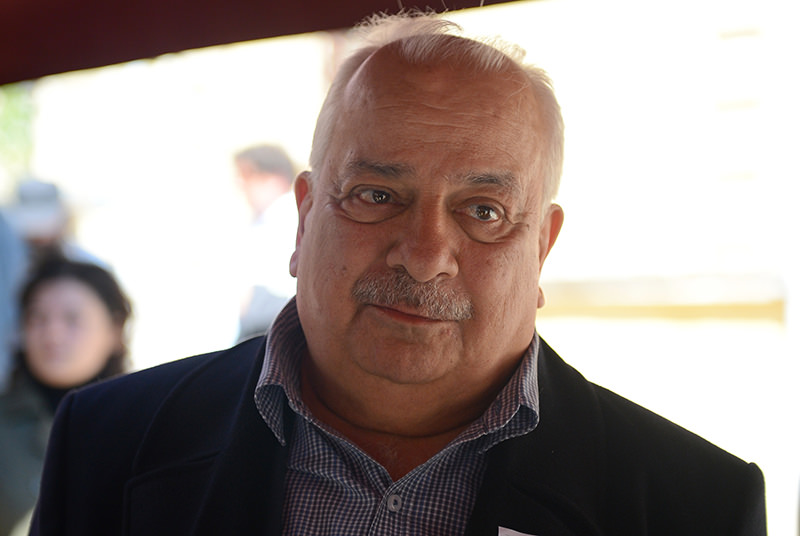 | AA Photo
by Daily Sabah May 08, 2015 12:00 am
Zeki Alasya, a Turkish actor and one half of a legendary comedy duo, died at the age of 72 on Friday. The actor had been undergoing treatment for liver disease at a hospital in Istanbul since last month. The actor died of liver failure, a statement by his doctors said.

Born in Istanbul in 1943, Alasya made his first foray into acting in an amateur theater company in 1959. In 1967, he was among the founders of Devekuşu Kabare, a renowned theater company known for its satirical plays that gained a huge following over the years.

After small roles in Turkish films in the early 1970s, Alasya joined the cast of several successful comedy movies in that decade. In Salak Milyoner (Dumb Millionaire) and Köyden İndim Şehire (From Village to The City), that brought together a comedy ensemble including legendary actor Kemal Sunal, he played one of his most remarkable roles as one of the brothers traveling to the city in pursuit of treasure. The naive character he played in those movies aiming to strike rich endeared him to the movie-going public. However, Alasya was truly etched in the memories of cinemagoers in more than a dozen movies in the 1970s and 1980s when he teamed up with Metin Akpınar, co-founder of Devekuşu Kabare and another iconic actor in Turkish comedy. The sloppy, easily excited character in those movies, in counterpoint to Akpınar's more serious and calm characters, secured the box-office success of the comedies they acted in together. Alasya also served as the director and scriptwriter of several movies he acted in with Akpınar. The duo remained friends in private though they ended their onscreen and onstage partnership in their later years. Both actors turned to television and enjoyed relative success in several TV shows, with occasional roles in movies in the 1990s and 2000s.

Alasya's last role was the grandfather of a mischievous boy in a TV series that ran from 2014 to 2015.

President Recep Tayyip Erdoğan issued a message expressing his condolences to the family of Alasya. "I am sad to hear of the passing of Zeki Alasya, a respectable name in Turkish cinema and theater as an actor and director. Alasya was admired by the public for his artistic persona and characters he gave life to and played an important role in the development of cinema and theater in Turkey. He will always be remembered with love and respect as he gained an exceptional place in the hearts of our nation," Erdoğan said.

A funeral will be held on Sunday for the late actor who is survived by a wife and daughter, also an actress.

Speaking on Turkish TV on Friday, a grieving Metin Akpınar said he lost his "other half." "It is a great loss. We met in 1962. Fate brought us together," he said.