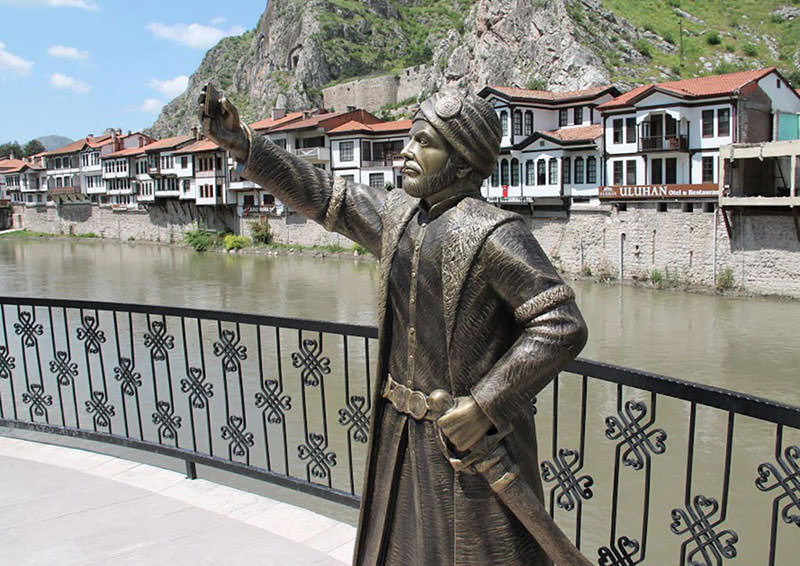 | DHA Photo
by Daily Sabah May 11, 2015 12:00 am
The statue depicting an Ottoman prince taking his own photo was vandalized over the weekend. The statue, erected by the municipality next to the scenic road along the Yeşilırmak River had created a debate across the nation.

The statue of the prince, with one hand holding a sword and the other a cellphone, had attracted significant attention from locals and visiting tourists.

While some welcomed the idea, describing it as a better one than the dinosaur statue erected by the Ankara Greater Municipality, opponents said the statue could only be described as making fun of history and as disrespectful, praising those who broke off the phone from the statue.