Evren: A town stuck with a dictator's name 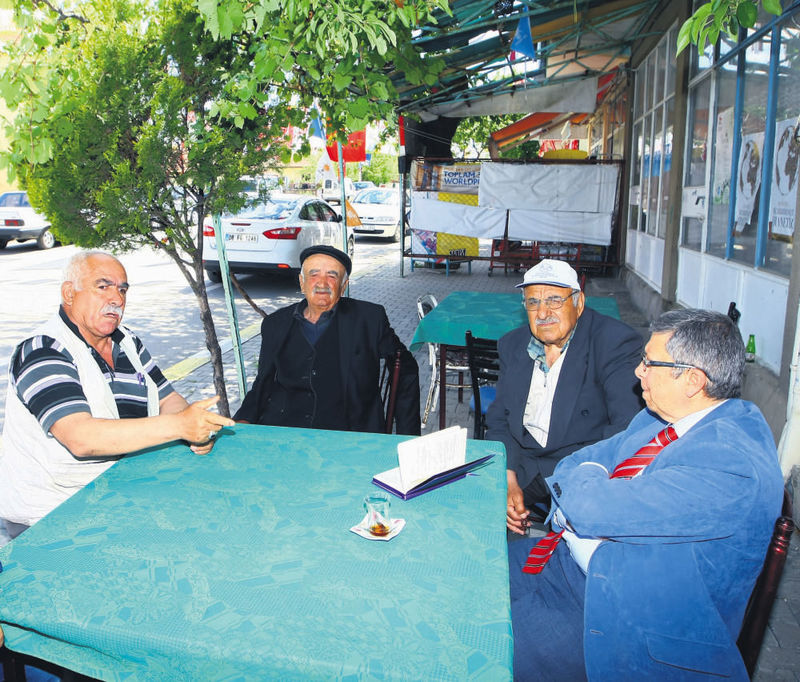 Some Evren residents complain that changing the town's name in honor of the coup leader did not help them at all.
by İlnur Çevik May 12, 2015 12:00 am

Changing their town's name in honor of the 1980 military coup, the people of Evren in Ankara now want to change again but are stuck with it due to disagreements and bureaucracy

In 1980 when then-Chief of Staff Gen. Kenan Evren led a coup and toppled the elected government of Süleyman Demirel, the people of the tiny town of Çıkın Ağıl near Ankara, who were desperate for financial means, decided to change the name of their town to Evren and thus win favors with the junta leader.

At the time some people were racing with each other to name their children after Evren so the people of Çıkın Ağıl did not hesitate to rename their town and hope for the best. The only other town in Turkey that followed course was a town in the central Anatolian province of Çorum. That too caused problems because people who posted letters to Evren in Ankara at times saw their letters reach Evren in Çorum…

The military sacked the old mayor and appointed Nevzat Yılmaz as the new mayor of the town. Yılmaz felt that by changing the name of the town they would get hefty state funds for the region, says Halil Mutlu, the son-in-law of the former mayor.

But Mutlu like many other locals of Evren told Daily Sabah in an interview at the coffee shop in the town center that the junta leader did not send a penny to the region. "I am happy that Evren is dead. At least we can now change the name of the city. You can't change the name of the city unless he is dead. Praise to Allah we can now get rid of this name" says the son-in-law of the mayor who led the campaign to name the town after Evren.

Ali Yiğiter, another local of Evren, explained that the people of the town presented a petition to the office of the Governor of Ankara seeking to change the name of the town but were told the town was named after a head of state and they could only change it after his demise.

However, not all was so bad for Evren. In 1985 the town faced the danger of being placed with the neighboring province of Aksaray and the people of Evren wanted to stay with Ankara. So junta leader Evren stepped in and helped the town to remain within the border of Ankara, explains Dursun Çekim who became mayor of Evren after Turkey returned to civilian rule. Like the government of late Turgut Özal, Çekim was also from the Motherland Party. He also accepts that junta leader Evren did not do anything for the town but he did at least help to facilitate the area remaining inside the Ankara province.

The villagers on the other hand are divided whether the town should be renamed Çıkın Ağıl or be named something else. Çıkın Ağıl is a 350-year-old name of the town which means bundle (çıkın) and sheep pen (ağıl). Legend has it that the daughter of a wealthy landlord fell in love with a young shepherd. They decided to run away and agreed to meet at the sheep pen. The girl took her belongings in a bundle and went to the sheep pen but the two were caught by the landlord and murdered. Thus the town was called bundle in the sheep pen.

The locals are also confused as they start discussing the price of the change of name for the town. They say all state documents will have to be changed including the signs but they also say they themselves have to change all their personal documentation including their birth certificates. They say a referendum is needed.

So as Turkey struggles on whether it should hold a referendum to change its military-designed 1982 constitution drafted under orders from Gen. Evren after the June 7 parliamentary election, the people of the town of Evren will be struggling with their own legacy of Gen. Evren by trying to change the name of the town.
Last Update: May 12, 2015 9:33 pm
RELATED TOPICS