Father and son kill each other over clover reaping dispute 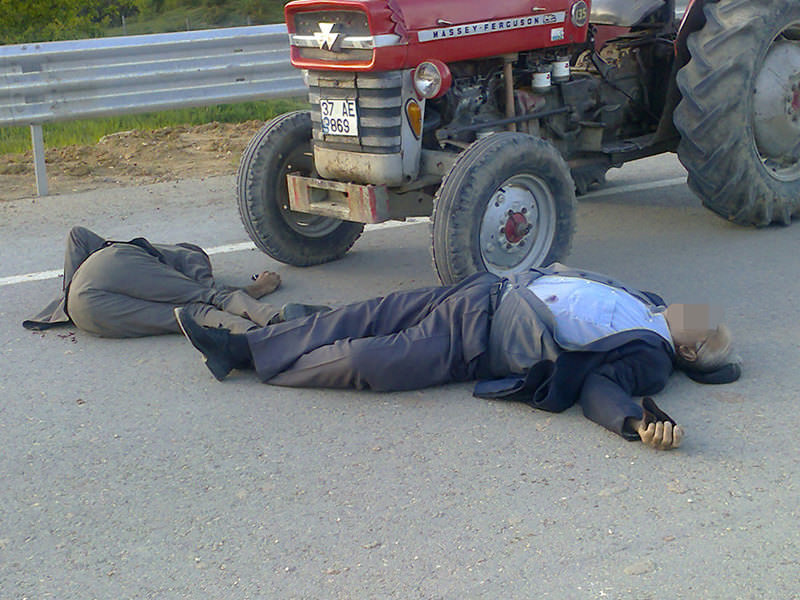 by Daily Sabah May 13, 2015 12:00 am
A father and a son shot and killed each other in the northern Turkish province of Kastamonu over a dispute about reaping the clovers on their field on Wednesday.

62 year-old Halil İbrahim Dabanoğlu and his 45 year-old son Hasan got into an argument over the grandson of Halil İbrahim, B.D. who Halil İbrahim had asked to reap clovers but whose father Hasan had sent to school instead.

Halil İbrahim went to school to pick up his grandson, but Hasan acted first and picked up his son before him. On their way home, they came across the grandfather Halil İbrahim. During the argument, the two men shot at each other in front of B.D.

Both the grandfather and the father died at the hospital. Both died due to between three and four bullets wounds respectively.