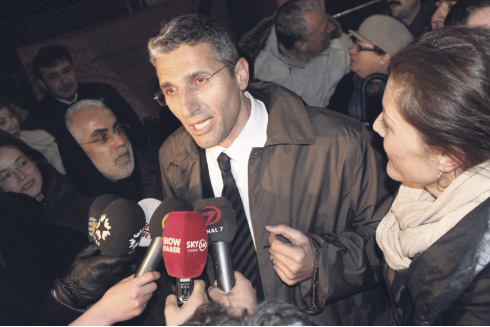 Secret witnesses whose statements led to the imprisonment of hundreds in an infamous trial masterminded by Gülenist members of the judiciary and police will be probed for perjury and defamation, Turkish media has reported

Secret witnesses of Ergenekon trial fame face charges of perjury, defamation and insult, Turkish media reported. The lengthy trial saw hundreds of suspects, including military officers, journalists and businesspeople, imprisoned on charges of forming a terrorist organization. Suspects, held in pre-trial detention for years without tangible evidence, were released last year after legal amendments limited such detentions. The trial was reportedly the joint work of infiltrators of the controversial Gülen Movement in the judiciary and police, conducted to stifle opposition to the ubiquitous group that evolved into a politically motivated juggernaut from a simple religious congregation. The Ergenekon trial, launched in 2008, netted more than 200 people. Defendants were released pending trial last year and they have filed lawsuits against judges and prosecutors, claiming they were imprisoned on forged and fabricated evidence.

The witnesses, whose identities were withheld and given code names, were often key to extending the detention of suspects. Their role was not only confined to the Ergenekon trial, but also to other trials reportedly concocted by Gülenists such as the Balyoz (Sledgehammer) case involving top generals accused of attempting to stage a coup.

Istanbul-based Vatan daily reported that "Mart," one of the secret witnesses, will be the first such witness to face trial. A court approved the request of a prosecutor investigating the perjury and defamation charges to overrule the verdict for keeping witnesses' identities secret. "Mart" had testified that he or she had knowledge of secret members of the Ergenekon "gang" in the Turkish media. In 2012, "Mart" testified against a number of defendants.

Ergenekon defendants had already filed lawsuits against those witnesses they accused of perjury and insult.

The prosecution of secret witnesses came after 2014 when Turkey abolished the specially authorized courts that tried the Ergenekon defendants. These courts, holding special authority, bypassed the usual detention procedures and approval of superiors in the trial of civil servants and were allegedly controlled by Gülenist judges.

Prosecutors also seek to include another secret witness codenamed "Ahmet" in the indictment and asked the court to approve his investigation.
Secret witnesses were allegedly people with criminal histories who were offered a reduction in their sentences in exchange for testifying against the defendants, lawyers for Ergenekon defendants have claimed.

Prosecutors are now investigating how the secret witnesses were determined, what their connections are and whether they were blackmailed into testifying by prosecutors and police officials tasked with the Ergenekon trial.