The decision to cancel awarding honorary citizenship hers, not president's, mayor says 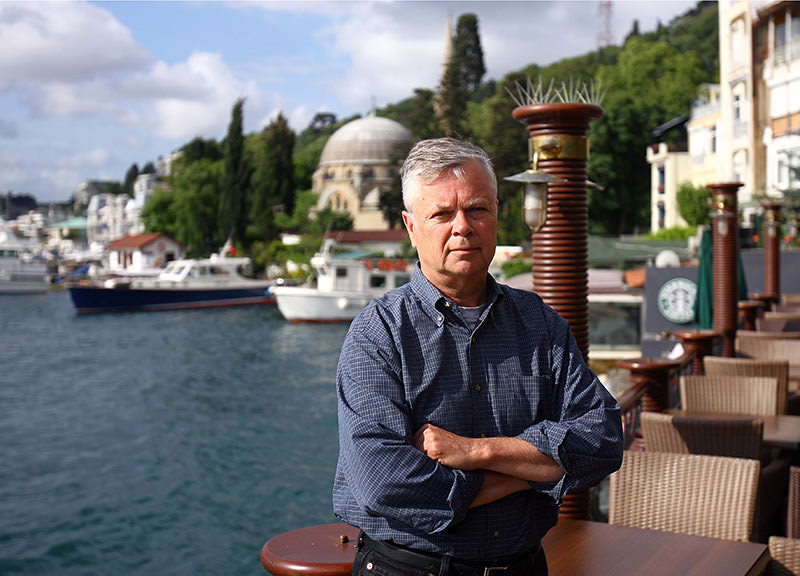 May 18, 2012 file photo of Stephen Kinzer, former New York Times journalist, in Istanbul, Turkey (AP Photo)
by Daily Sabah May 28, 2015 12:00 am
Fatma Şahin, mayor of the southeastern city of Gaziantep, denied claims by U.S. journalist Stephen Kinzer that President Recep Tayyip Erdoğan asked the mayor to cancel the decision to award honorary citizenship to the journalist.

The mayor said in a series of tweets that it was the municipality's own initiative not to award the honorary citizenship and the president did not intervene in any way as media reports claimed.

"We decided not to grant honorary citizenship to that journalist [Kinzer] because of his groundless accusations of Mr. President. It is out of the question to grant this title to anyone bringing such accusations," she said.

Kinzer, a former journalist with The New York Times, had claimed the municipality canceled the plan for honorary citizenship after the president's office sent a fax to Şahin describing him as "an enemy of our government and our country," in an article in the Boston Globe titled "Turkish leader cancels my honorary citizenship over criticism." Kinzer had said that the fax was attached with a Boston Globe column that included a paragraph critical of Erdoğan. The president's office did not comment on Kinzer's allegations.

Kinzer held a press conference in Gaziantep on Wednesday and has said that he traveled to the city for the citizenship ceremony though it did not go ahead as planned. Unlike remarks in his article, Kinzer was more muted and said he was in the city simply to strengthen his bonds with Gaziantep.

The journalist was influential in rescuing ancient Roman mosaics at a historic site in the city that was planned to be flooded by the construction of a dam. Dozens of mosaics were eventually recovered after a story by Kinzer in The New York Times and a museum was built to house them.
Last Update: May 29, 2015 4:34 pm
RELATED TOPICS