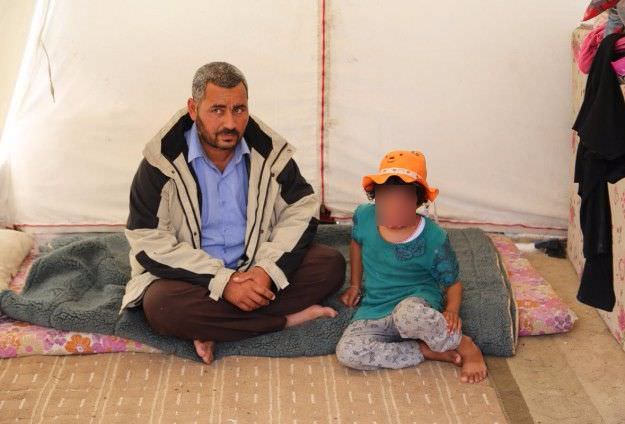 by Anadolu Agency May 28, 2015 12:00 am
An eight-year-old victim of a Syrian regime barrel bomb will undergo plastic surgery Thursday thanks to Turkish authorities.

Emira's face was completely burned two months ago in a barrel bomb attack in Aleppo in Syria, according to her father Abdollah Casem, 40.

"We were able to save her but the burn marks remained on her face. We brought her to Turkey for the treatment, " he said. "The Provincial Health Directorate in Hatay examined my daughter. She will be treated in Mustafa Kemal University today."

"My only dream is to see my daughter smiling with her previous face, I do not want anything else," he said.

He thanked to Turkish authorities for the free surgery. He also thanked to Anadolu Agency for helping draw attention to his daugter's situation through its stories.

Syria has been gripped by violence since the regime launched a crackdown in response to anti-government protests in March 2011, triggering a civil war in which more than 211,000 people have died.