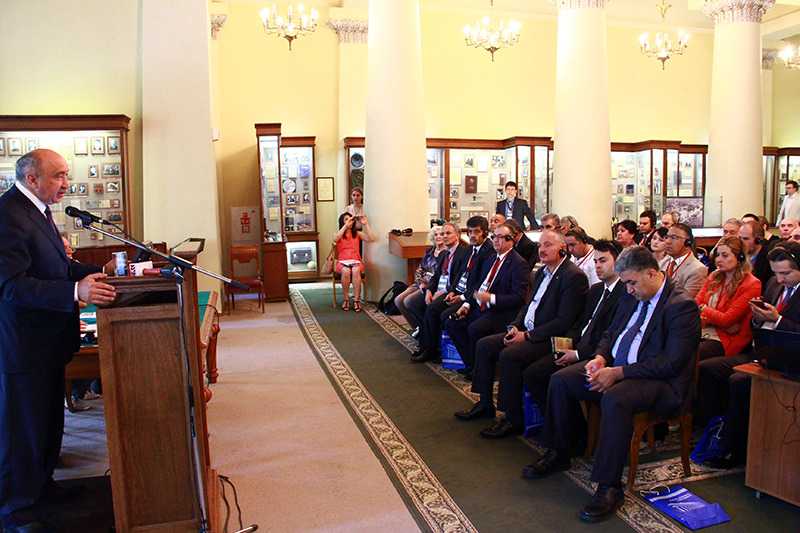 | AA Photo
by Anadolu Agency May 28, 2015 12:00 am
The Kazan Declaration was announced Thursday, the last day of the second council of the Turkic World Journalists held in Russia's Republic of Tatarstan.

Up to 70 journalists from 20 countries participated in the "Turkic World 2. Journalists Council" held in Tatarstan's capital Kazan, the cultural capital of the Turkic World for 2014.

"Turkic World Journalists Kazan Declaration", composed of 13 points, aims to extend support of states to national media organs, which have the duty of spreading the cultural values and protecting the language of their countries.

It foresees initiatives in order for the Turkic World Journalists Federation to take active role in the development, production and distribution of Anadolu Agency's "Turkic World News Package".

A series of workshops on Turkish geopolitical structure, developing contacts and journalism in Turkic nations were held in the "Turkic World 2. Journalists Council," which started Tuesday.

Anadolu Agency was the global communications partner of the council organized by International Federation of Journalists and Tatarstan's TATMEDIA and supported by the Turkish International Cooperation and Coordination Agency, the Presidency for Turks Abroad and Related Communities, the International Turkish Culture Organization, Turkey's Prime Ministry Directorate General of Press and Information, and TRT Avaz.