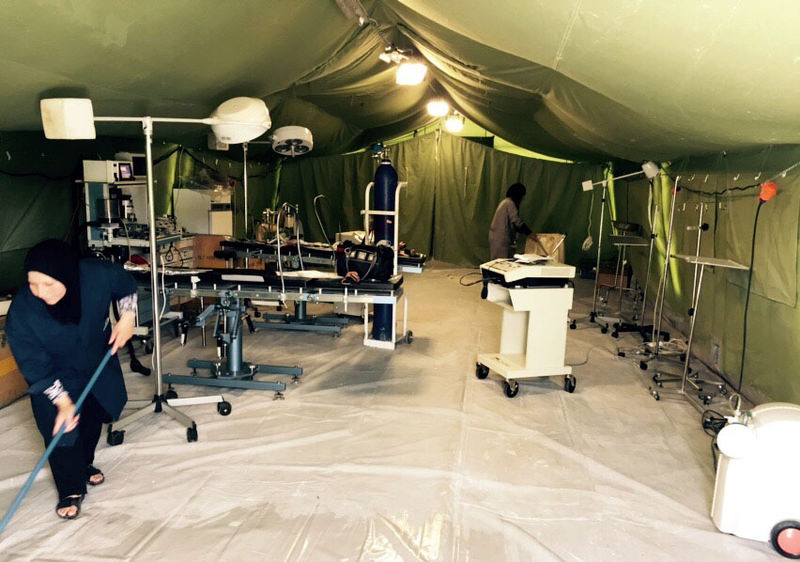 | AA Photo
by Anadolu Agency Jun 02, 2015 12:00 am
Turkey has set up a field hospital in Idlib province in war-torn Syria following demands from local doctors.

Idlib, the opposition-held city in the northwest, has been under heavy attack by regime forces loyal to President Bashar al-Assad.

Most recently, 15 people were killed and 20 others wounded when a Syrian fighter jet dropped a 'vacuum bomb' in a residential area on Saturday.

The hospital, with a capacity of 50 beds, has an operating room, intensive care units, ultrasound and x-ray devices.

Şimşek called on international institutions to continue sending aid to Syrians and condemned regime attacks on hospitals: "Assad forces continue to kill regardless of age and sex. Besides, there have been recent deliberate attacks on the hospitals.

"It is a war crime," Şimşek added.

More than 200,000 people have been killed in Syria since the conflict between Bashar al-Assad's regime and opposition forces began in 2011, according to the UN.