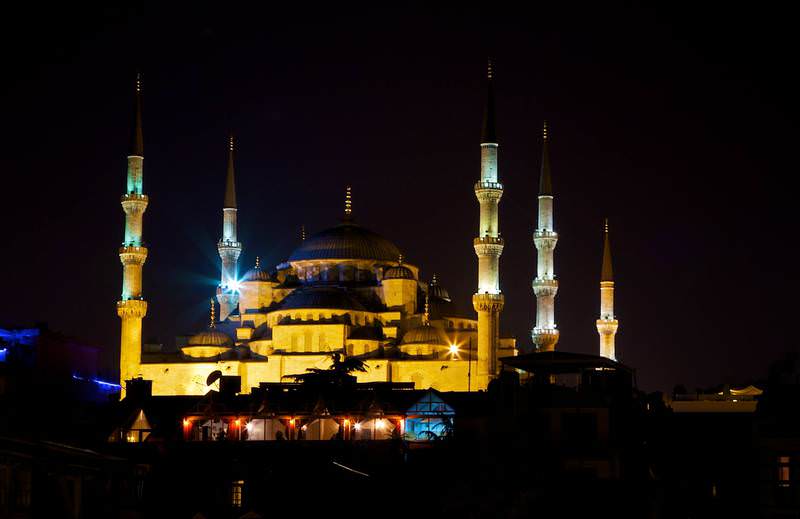 by Emre Başaran Jun 02, 2015 12:00 am
Turkish Presidency of Religious Affairs organized a program late on Monday in every mosque of Turkey to mark the night of forgiveness, Laylat al-Baraa, also known as the Barat Night.

The same prayer was made in the same time in 85 thousand mosques all over Turkey, and another mosque in Xanthi, Greece. The head of Presidency of Religious Affairs, Mehmet Görmez was in Greece to meet with the Turks of Western Thrace. He went to the Çınar Mosque in Xanthi to mark the holy night.

Millions of people prayed collectively for a fairer and peaceful world without famine, murder and wars.

Laylat al-Baraa, or Barat Night is the night of 15th of Sha'ban in Islamic calendar, and is also known as the Mid-Sha'ban. The night is believed to be the night of forgiveness.

Laylat-al Baraa also indicates the coming of Ramadan, the holy month during which Muslims fast and seek forgiveness.