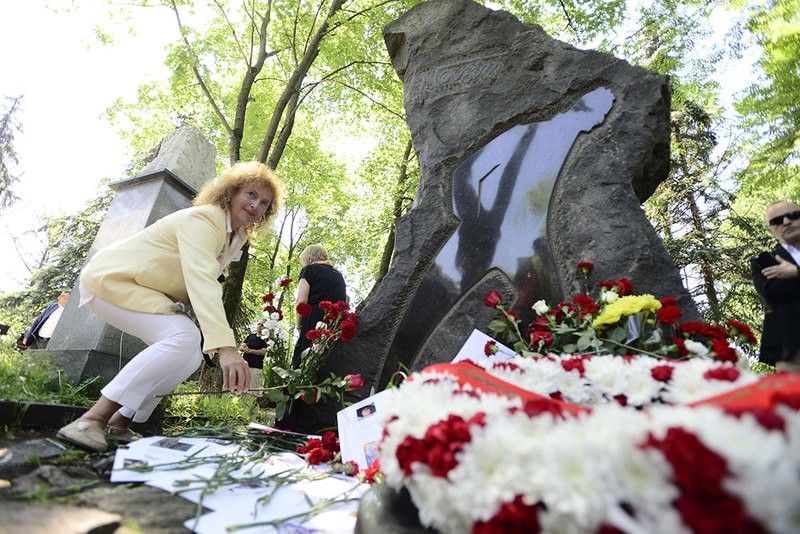 by Daily Sabah Jun 03, 2015 12:00 am
The blue-eyed giant of Turkish poetry, Nazım Hikmet, was commemorated throughout Turkey and at his grave in Moscow on his 52nd death anniversary on Wednesday.

Officials from Turkey's Moscow Embassy, along with many other Turkish and Russian guests that include artists, writers and journalists, participated in the ceremony held at Moscow's most famous cemetery, Novodevichy. 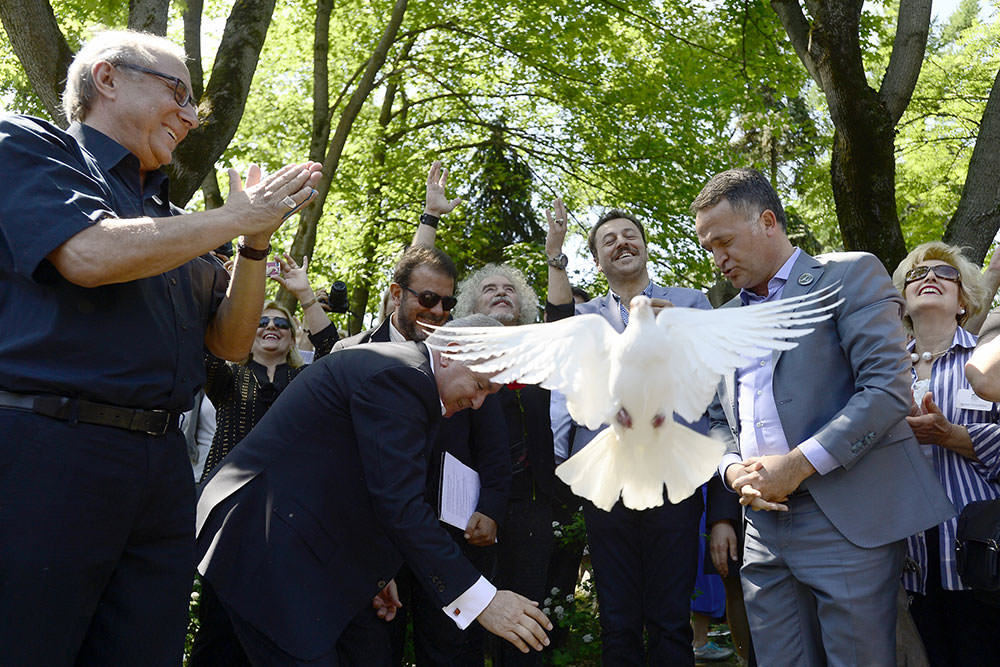 Hikmet is regarded among main pillars of modern Turkish literature. He gained worldwide fame for his anti-imperialist and anti-war stance, embodied in his famous poem "The Little Girl of Hiroshima." The poem is about a girl who died in the Second World War, when a nuclear bomb was thrown at Japan's Hiroshima city.

Born in Thessaloniki, then part of the Ottoman Empire, Hikmet's father was a Turkish-Circassian government official, while his mother's family had two pashas of Polish and German origin. Hikmet graduated from Ottoman Naval School in 1918, and briefly served as a naval officer until 1920. He later joined the Nationalist government in Anatolia and served as a teacher, then headed to Moscow over Batumi to study and to experience early years of Russian Revolution. 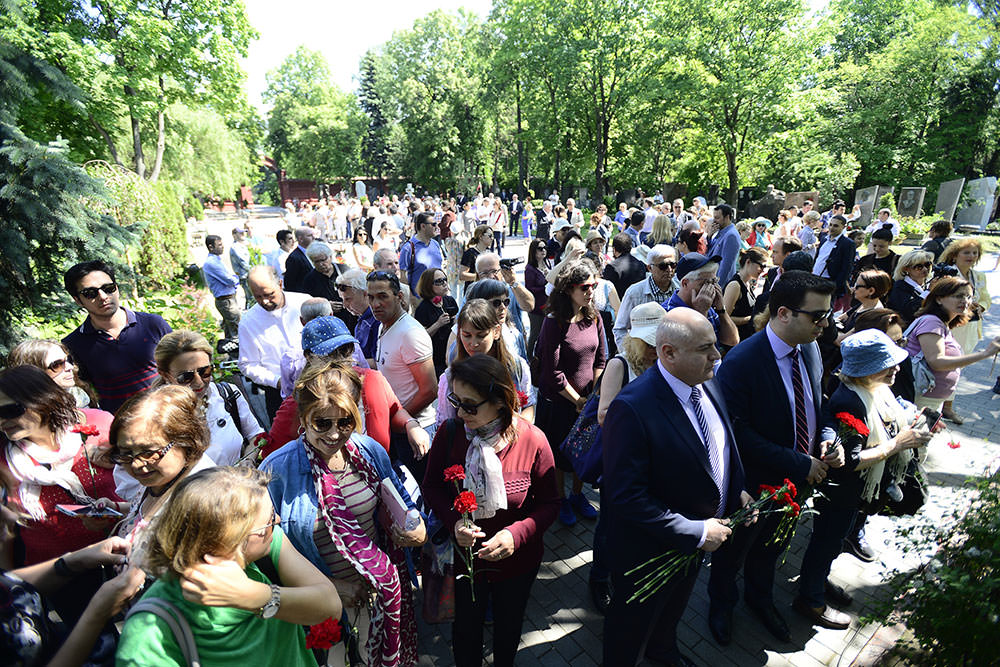 His first poetry book was published in the USSR in 1924, and he returned to Turkey the same year. Due to his communist views and publications, Hikmet was not in good terms with the Republican People's Party's (CHP) single-party regime. He was sentenced to 15 years in 1924 due to his publications, as a result of which he fled to the USSR. But he returned back to the Republic of Turkey in 1928 after an amnesty law was issued.

He was, however, again sentenced with 28 years in 1938 and served 12 years until he was again released by an amnesty in 1950 as his health deteriorated and many Turkish intellectuals and renowned figures like Pablo Picasso and Jean-Paul Sartre campaigned against his imprisonment. 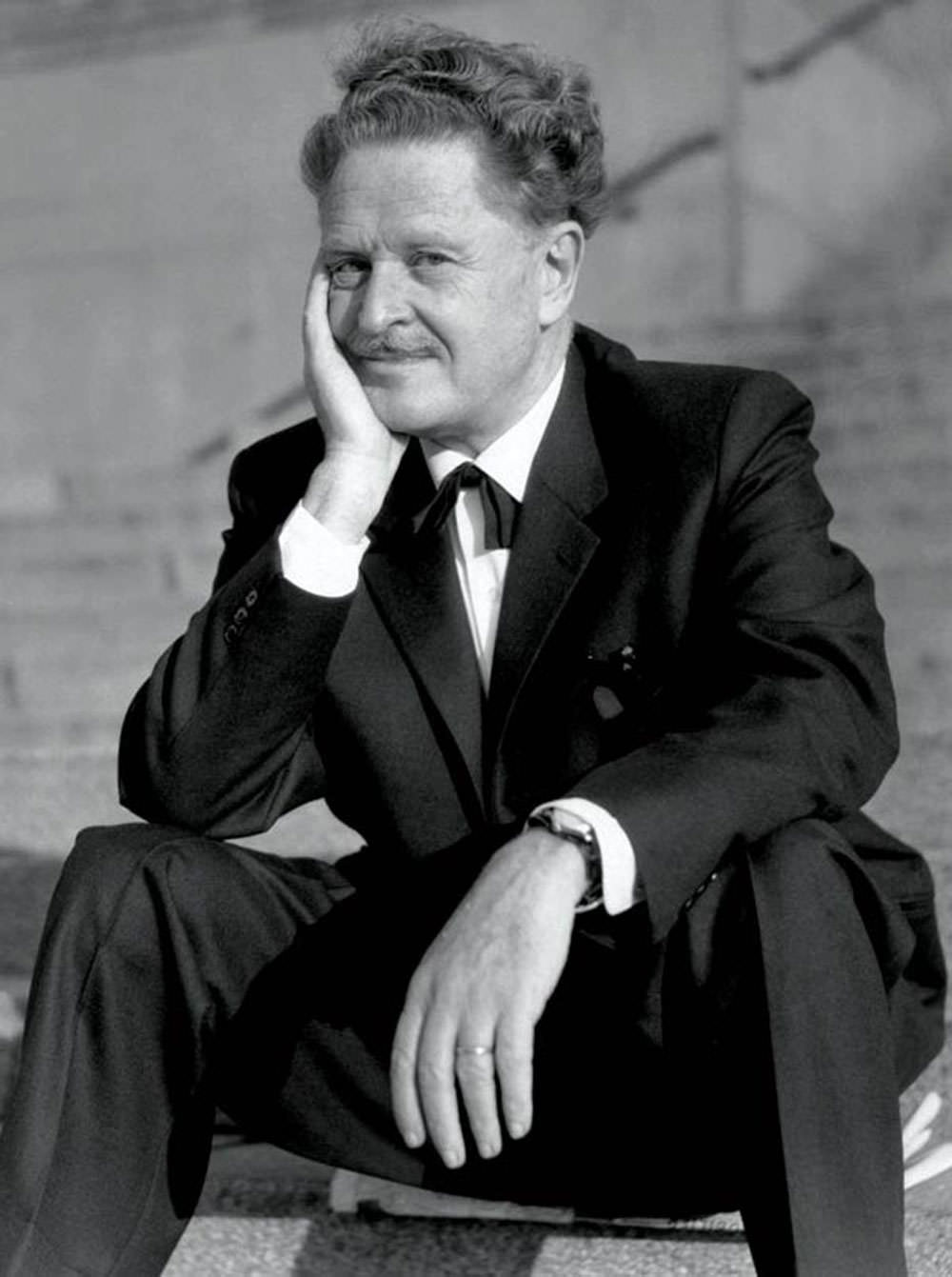 Due to the anti-communist public sentiment and government policies of the post-World War Two era, fearing that he may be persecuted or taken into the military for compulsory service, Hikmet first escaped to Romania, then to the USSR. His citizenship was revoked by the Democratic Party government in 1951. Until his death in 1963, Hikmet lived in the USSR and married his second wife Vera there. He also held anti-war and anti-imperialism conferences and radio programs in various countries.

Hikmet's works and many other compositions and writings influenced by Hikmet were effectively banned in Turkey until late 1990's, while de jure ban over his works remained until as late as 2013. The cabinet decision of his expatriation was revoked in 2009, after 58 years.
Last Update: Jun 03, 2018 5:47 pm
RELATED TOPICS