Power to the people: Grid under constant watch on election day 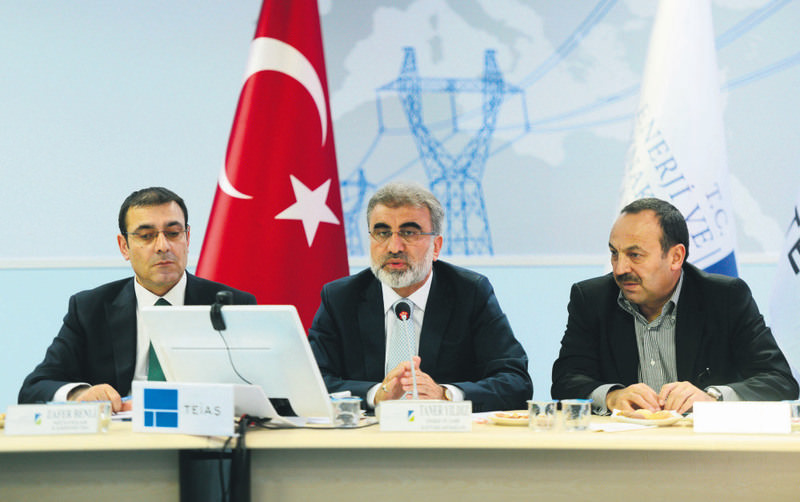 by Daily Sabah Jun 08, 2015 12:00 am
Countering a prevalent mindset amid the opposition linking power outages to a mass conspiracy for vote fraud on election day, authorities stepped up measures yesterday to ensure a steady supply of electricity throughout the general elections.

With the credibility of the elections on the line, at least for opposition parties, the government went to great lengths to ensure electricity stayed on throughout yesterday, the day of the general elections.

More than 53 million voters went to the polls at over 174,000 polling stations yesterday to elect lawmakers to the 550-seat Parliament. As was the case in past elections, concerns over election security were high, with the opposition firmly believing that fraud would be committed at polling stations after "deliberate" power outages. Early in the morning, reports of power cuts poured in on social media, though most turned out to be false or confined to a small area. Outages, a common occurrence, especially in Istanbul where the power infrastructure is under maintenance almost every week, that happened in daylight did not deter the critics. Turkey does not have an electronic voting system dependent on electricity and there were no reports of power outages as the news went to print at the time of the post-election vote count.

Energy and Natural Resources Minister Taner Yıldız, whose ministry oversees the country's electricity supply, reassured the public against any likely blackouts. Yıldız spent the day personally overseeing the power grid and regularly updated the public about the state of electricity. He reported from a grid command center in Ankara that they expected power consumption of 27,000 megawatts on election day and they had a steady supply of 44,000 megawatts in place, ruling out concerns that an overload may hinder the power supply. The command center where Yıldız spoke was able to monitor the transmission of electricity, quality of transmission and status of supplies on a moment-by-moment base. Yıldız said Turkey had a network of transmission lines running 55,000 kilometers that serves 38 million customers. "A problem in one transformer is sometimes shown as something affecting a large area, but it is not true," Yıldız said. The minister said that power outages in the previous election did not lead to any irregularities.

As for the measures, Yıldız said they had 8,000 personnel on duty for transmission of electricity and over 7,000 members of law enforcement ensured the security of power distribution centers and lines. As an extra measure, the ministry deployed three helicopters for immediate response in case of a power outage.

Updating reporters on the situation later in the day, Yıldız said power outages were confined to up to 30 villages out of over 34,000 villages and mostly due to bad weather. He denied media reports that a transformer on fire in Viranşehir district in southeastern Turkey was false.

The minister said the power outages did not affect the voting and vote count in any way. "As far as we know, no one was reported sitting on the ballot boxes," he joked, referring to opposition figures' remarks that they would "sit on the boxes" to prevent fraud if blackouts occur.
Last Update: Jun 08, 2015 1:21 am
RELATED TOPICS