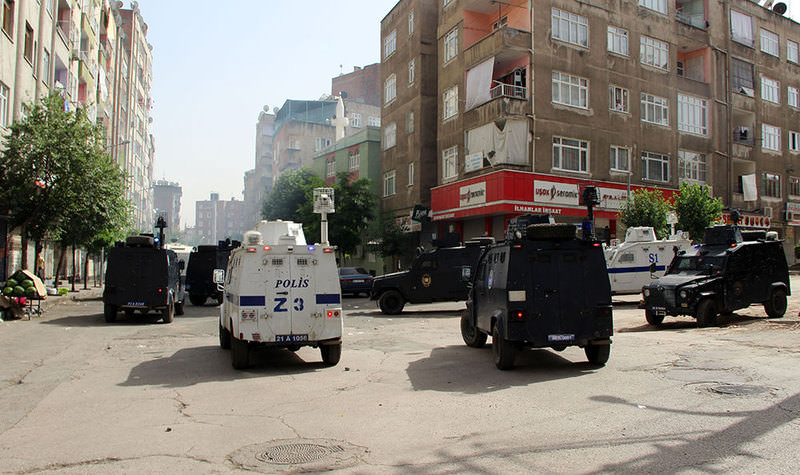 As an NGO chairman close to HÜDA-PAR, the pro-Kurdish HDP's arch rival in eastern Turkey, killed in an armed attack in southeastern city of Diyarbakır. Clashes spread and death toll increased to four, meanwhile a group gathered in front of the NGO attacked journalists with choppers and firearms

A total of 14 people have been detained as Aytaç Baran, a nongovernmental organization chairman close to the Free Cause Party (HÜDA-PAR), a rival Kurdish party to the Peoples' Democratic Party (HDP) in eastern Turkey, died after he was wounded in an armed attack in the southeastern province of Diyarbakır on Tuesday. In a move to retaliate, three other people died, according to a statement released by Diyarbakır Governorate.

Initial reports have claimed that Baran was attacked by the PKK terrorist organization. Meanwhile a group protesting Baran's death gathered in front of the NGO and reportedly attacked three journalists, who were injured along with a police officer.

The Science, Service, Cooperation and Research Association (İhya-Der) chairman was wounded by four bullets and was later transferred to hospital. Baran's lawyer Abdulgani Orhan claimed that his client was called to the police station before the elections and warned of a possible attack by the Patriotic Revolutionary Youth Movement (YDG-H). In the case of an attack, Baran was to call the number he was given by the police, Baran's lawyer said. The police have launched an investigation in the area where the shooting happened.

Baran was reportedly a mentor for the 16-year-old young man, Yasin Börü, who was brutally murdered by pro-PKK groups during last year's October 6-8 clashes, which resulted with deaths of more than 50 civilians in Diyarbakır.

The main actors of October 6-8 clashes were again pro-HDP and pro-HÜDA-PAR groups.

The YDG-H group denied its involvement in the attack through a Twitter message.

The pro-Kurdish Peoples' Democracy Party (HDP) condemned the incidents in Diyarbakır, stating that whoever is responsible must be brought to light. The HDP statement also expressed the party's sorrow for Baran's death, and people should not give credit to understanding that pits people against one another.

Ihya-Der, founded in 2005, is known for its close political alliance with Hüda-Par. The NGO has been active in humanitarian work through its alliance with other domestic and International NGO's.

HÜDA-PAR, although often linked with Kurdish (or Turkish) Hezbollah - a terrorist group which was in a bloody feud with the PKK in the region in 1990's and whose activities ended in early 2000's - such linkage is denied by the party. HÜDA-PAR argues that they are now a political forces that does not engage in armed activities.